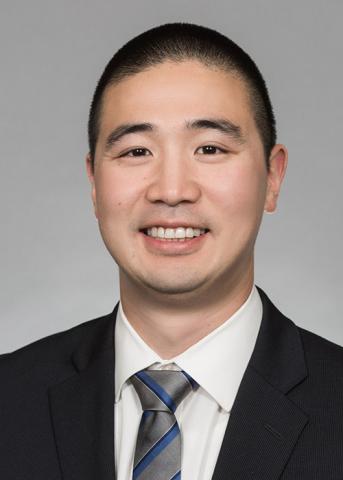 Tell me about your path to the military.

I went to school at Purdue University in Indiana. I had friends who joined the military and they told me that, if I was going to go to college, I might as well consider ROTC (Reserve Officers’ Training Corps). I did, and it was one of the best decisions of my life. I wouldn’t trade it for anything.

ROTC paid for college and I graduated with no debt. I commissioned as an officer and was sent to Oklahoma, Maryland, Alabama and Florida in the span of a year for basic officer and Military Occupational Specialty (MOS) training. Then I came to Washington state, where spent the rest of my career. I served for five years.

How was your time in the Army so impactful?

I was socially awkward in high school and early on in college. It was only when presented with a task in a group setting that I'd come out as a leader-type figure. It wasn't until ROTC and the Army that I came out of my shell. It turned me into the person and leader I am today.

What was your role in the Army?

My official title was Explosive Ordnance Disposal (EOD) Officer. For lack of a better term, I was on the "bomb squad." Whenever someone found an improvised explosive device or dud ammunition, we were called out to disarm or destroy it.

Were you ever deployed?

I went to central Iraq from November 2010 to November 2011. I was in charge of an 11-soldier, mixed gender platoon. We covered an area of several hundred square miles, and ran more than 100 missions that year, which is a low mission count compared to previous years.

Tell me about some of your most memorable experiences while serving. 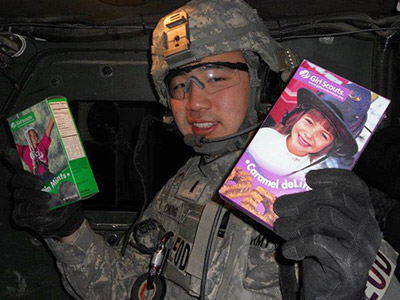 The people that I met are probably what’s most memorable. We say that the U.S. is a melting pot of people from different cultures, and the Army is an even bigger melting pot. You have people from different social and economic classes, ethnic backgrounds and geographic areas. Oftentimes, these are people that I probably wouldn’t have interacted with in a civilian setting, but in the Army, we all had a common goal.

The EOD community is an all-volunteer force. We make up less than 1 percent of the entire military, so everybody knows everybody. We have one of the hardest schools in the military and the Army spends almost $1 million to train one soldier. Those that go through it are dedicated to what they do.

What did you do after the Army?

Finding a job after the military was hard. I didn't want to go into law enforcement (considering that was most relevant to my military experience), so I had to get creative. I leveraged my leadership skills and logistics experience to land a position as head of logistics for the Washington Bulb Company in Mount Vernon, Washington.

After a year, a friend who worked at Seattle Children’s sent me a job posting for an analyst position in my current department. Luckily, I got it, and I’m happy to say that I work at one of the best organizations in the country.

What exactly do you do?

I’m a strategic sourcing manager. My team helps clinical areas, such as the operating room, clinical lab and radiology, to find and purchase their medical supplies. I look at what we use and what peer hospitals use, and find ways to save money through enhanced contracts or purchasing different products. 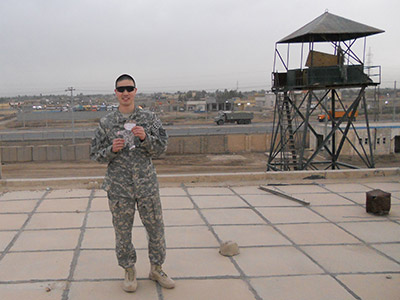 What are some of the biggest challenges in your job in health care?

Health care is expensive. Even more, pediatrics is expensive. It’s mind-blowing how expensive products are to keep kids alive. I had a vendor explain to me once that, there’s no money in pediatrics for them, because there aren’t as many kids as there are adolescents or adults in hospitals. It’s sad.

The price of goods are going up and budgets are only being slashed. I work with doctors to come up with creative solutions to their problems. This is one of those areas where I have a lot of fun, but I also lose a lot of sleep.

Why did you decide to go back to school to get an eMHA?

I realized that, if I wanted to advance my career in health care, I needed to go to graduate school. I feel like health care, particularly pediatrics, has touched me. I can really get behind the mission. The MHA is a great way for me to get good foundational experience with health care in the U.S. and to learn how I, as a leader, can help steer its direction.

I didn’t want to go anywhere else and I didn’t want to do an online course. I wanted to take part in a program where I was going to meet people, because networking is an important part of the graduate school experience.

And the eMHA program?

I was studying for the GMAT with the intent of quitting my job and going to school full-time next year. An alumni of the full-time Master of Health Administration program, who works at Seattle Children’s, saw me studying. He told me about the eMHA program. If it wasn’t for him, I’d still be studying for the GMAT. I’ve already learned so much in the first month.

What are you learning right now.

I’m taking four classes. Quantitative Methods is statistics on steroids. In Managing Healthcare, we talk about leadership structures and how health care organizations are run. In Group Dynamics and Team Leadership, we explore how to work in groups and how to have crucial conversations. Finally, I’m pretty excited about Introduction to Health Services and Public Health. We’re looking at the state of health care today and how we’ve gotten to where we are.

What motivates you about health services and health administration?

Helping families that have done nothing to deserve the misfortunes that have befallen their kids. This hit home recently. I’ll never forget the day I went into the cardiac catherization laboratory (or cath lab, where doctors can treat heart conditions using catheters instead of surgery) and there was an infant on the table just waking up from a procedure.

I thought, if I’m not going to help them, who is? I can help by lowering the cost of care, by providing tools that are less expensive or by structuring deals. Every dollar that I can help save could ultimately go to curing a child.