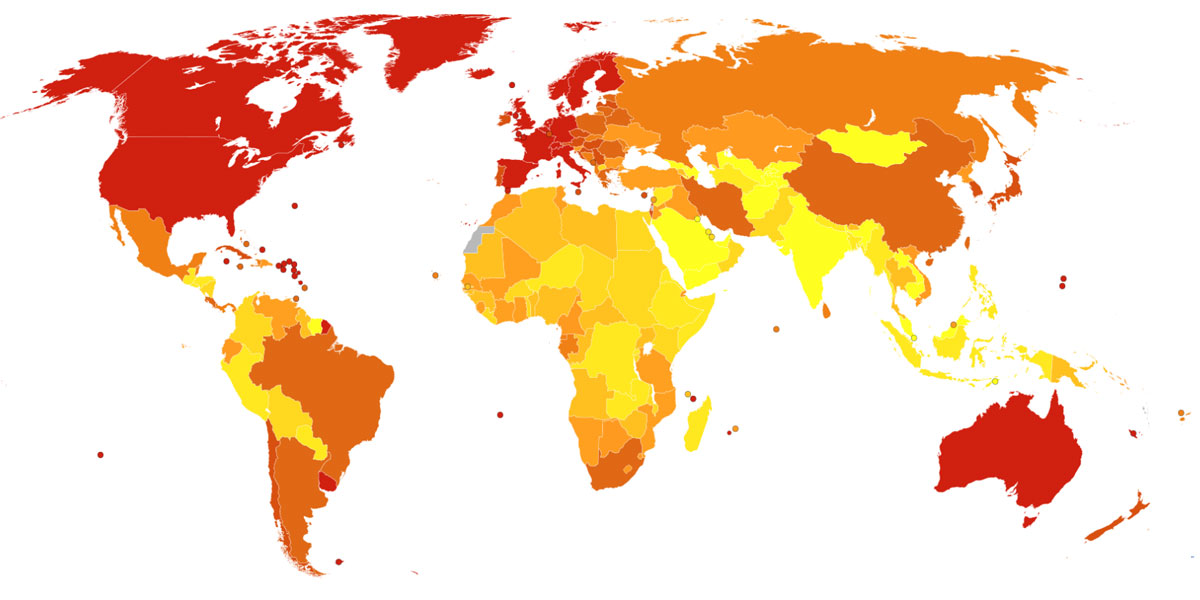 “The results from our study have important implications for the use of personalized genetic risk in populations with diverse ancestries, even for well-established risk factors,” said senior author Tim Thornton, associate professor of biostatistics at the UW School of Public Health. While risk for Alzheimer’s disease can be influenced by both genetic and environmental factors, heritability estimates suggest up to 75 percent of phenotypic variance is attributed to genetics.

The APOE gene is found on chromosome 19 and the protein plays an important role in packaging cholesterol and other fats and carrying them through the bloodstream. There are three types of the gene, called alleles: APOE E2, E3 and E4. Everyone has two copies of the gene, and the combination determines their APOE genotype, which can then influence their risk for Alzheimer’s disease.

“While we found that inheriting APOE E4 is clearly important for Alzheimer’s disease risk in Caribbean Hispanics, we also found that from whom the risk allele is inherited is also of importance,” Thornton said. “Caribbean Hispanic individuals who inherited their APOE E4 from European ancestors had greater risk of Alzheimer’s disease compared to individuals who inherited APOE E4 from African ancestors, after adjusting for other known risk factors.”

First author Elizabeth Blue, associate professor of medical genetics at the UW School of Medicine, says: “These results drive home how important it is to bring everyone to the table. When trying to understand the genetic risk of disease, we need a diverse group of people to look at it from all angles.”

Results showed that the estimated effect of APOE E2 and E4 genotypes on the risk of Alzheimer’s disease differed between the Caribbean Hispanic and European cohorts and that those differences were influenced by local ancestry. For example, while APOE E2 and E4 effects on Alzheimer’s risk and age at onset were significant in the Caribbean Hispanics, they were substantially weaker than the effects seen in individuals with European ancestry, with approximately half the effect size.

Local ancestry was associated with risk of Alzheimer’s disease even after adjusting for genotype, age and genome-wide ancestry, suggesting that additional genetic variation in the APOE region influences disease risk.

“We believe that local ancestry in the APOE region is likely tagging the aggregated effects of both common and rare genetic variation influencing Alzheimer’s disease risk that varies in frequency across populations,” the researchers wrote. The results show there may be additional coding or regulatory variation influencing Alzheimer’s disease risk that vary in frequency between African and European populations in the APOE region beyond the well-known E2, E3 and E4 alleles.

“This suggests that local ancestry, as well as population-specific sequence variation, allele frequencies and patterns of linkage disequilibrium, should be considered when predicting genetic risk of Alzheimer’s in populations with non-European ancestry,” according to the study. Additional studies using larger and more diverse datasets are needed to evaluate the complex relationship between ancestry, APOE and Alzheimer’s disease.