Closing the global mental health treatment gap in Mozambique and beyond

As a doctoral student at the University of Washington School of Public Health, Bradley Wagenaar laid the foundation for a career in global mental health research and implementation science. 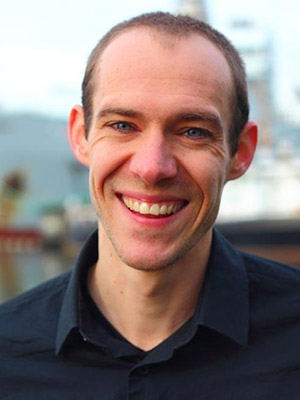 A study published from his dissertation for the School's Department of Epidemiology described patterns of mental health care in central Mozambique’s Sofala province. Additional studies showed the high rate of suicide attempts and deaths and the lack of essential mental health medication.

Now, a junior faculty member in global health, Wagenaar is building on his original research to close the treatment gaps for mental health in Mozambique and other developing countries.

This World Mental Health Day, on Oct. 10, the School highlights Wagenaar’s work as an example of projects from the Department of Global Health’s program in global mental health, to be led next year by Dr. Pamela Collins, formerly of the National Institute of Mental Health (NIMH). The program is a joint effort with the UW Department of Psychiatry and Behavioral Sciences.

“Depression is one of the leading causes of disability worldwide,” Wagenaar says. “Yet the vast majority of people in low- and middle-income countries, who have mental illness, don’t receive the treatment they need.”

This led to a strong focus on improving access to mental health care in developing countries. In Mozambique, in the ‘90s, there were less than 10 psychiatrists to care for a country struggling with the aftermath of a 15-year civil war. To change the care landscape, the Ministry of Health set out to train Mozambicans with at least a 10thgrade education how to treat mental health.

“Mozambique has been a vanguard in what we call ‘task sharing’ or ‘task shifting,” Wagenaar says of an approach in which specific tasks are moved from highly qualified health workers to those who have fewer qualifications. “Now, there is at least one of these trained psychiatric technicians in every district in the country, which is unique in all of sub-Saharan Africa.”

Though significant progress is being made, concerns remain about the quality of mental health care delivered in countries like Mozambique, Wagenaar says.

How accurate are diagnoses? How many people return for follow-up visits? Are people adherent to psychotropic medications? Are people getting better with treatment? These questions drive Wagenaar’s new implementation science project.

With support from a two-year, $395,000 grant from NIMH, Wagenaar will leverage an existing approach, proven effective with HIV, and adapt it to improve mental health care delivery in Mozambique.

Kenneth Sherr, also from the Department of Global Health, tested the original approach — which aimed to improve the care cascade for preventing mother-to-child HIV transmission — in a cluster trial in Mozambique, Kenya and Côte d'Ivoire. Care cascades outline the sequential steps of care people living with HIV go through from initial diagnosis to viral suppression.

“If we could create a practical model and intervention that is low cost and easy to use, we could not only close the treatment gap, but also focus on effective treatment,” Wagenaar says. “We’ll find out whether people are actually getting better and benefitting from these investments.”

Additionally, Wagenaar received a four-year, $633,000 grant from NIHM to fund his career development as an expert in global mental health and implementation science. He’ll also use the award to create a new model of integrated mental health care, where people can be diagnosed with depression, anxiety or other common mental illnesses within primary care in Mozambique.

In his initial assessments, Wagenaar found that common mental illnesses, such as depression and anxiety, were rarely being diagnosed in Mozambique, a country with the highest suicide rate in sub-Saharan Africa, according to the World Health Organization.

His approach will use implementation science methods — focused not on creating new interventions or innovations, but on promoting the uptake of existing evidence-based interventions — into real-world practice in public Ministry of Health clinics in Mozambique.

One form of integrated care that Wagenaar plans to model was developed at the UW Department of Psychiatry. Called collaborative care, the approach brings together a team of consulting psychiatrists, a care coordinator and primary care providers to provide care to mental health patients. The approach was more effective and less expensive, and it resulted in better patient satisfaction in more than 80 randomized trials. Collaborative care is not currently implemented in Mozambique or at other public sector clinics in sub-Saharan Africa.

“By closing the treatment gap for common mental illness, we’d hopefully be preventing some suicide attempts and deaths,” Wagenaar said. “Also, if shown to be effective, this model can be shared with other countries similar to Mozambique and make a greater impact.”

These studies leverage 30 years of collaboration between the UW School of Public Health and the Ministry of Health in Mozambique. Health Alliance International, a center within the department of global health founded by Stephen Gloyd, has worked in the country since 1987. Wagenaar conducted his doctoral dissertation in partnership with HAI, where he now serves as a technical advisor and collaborating faculty member.