Could court fines and fees be keeping people homeless? 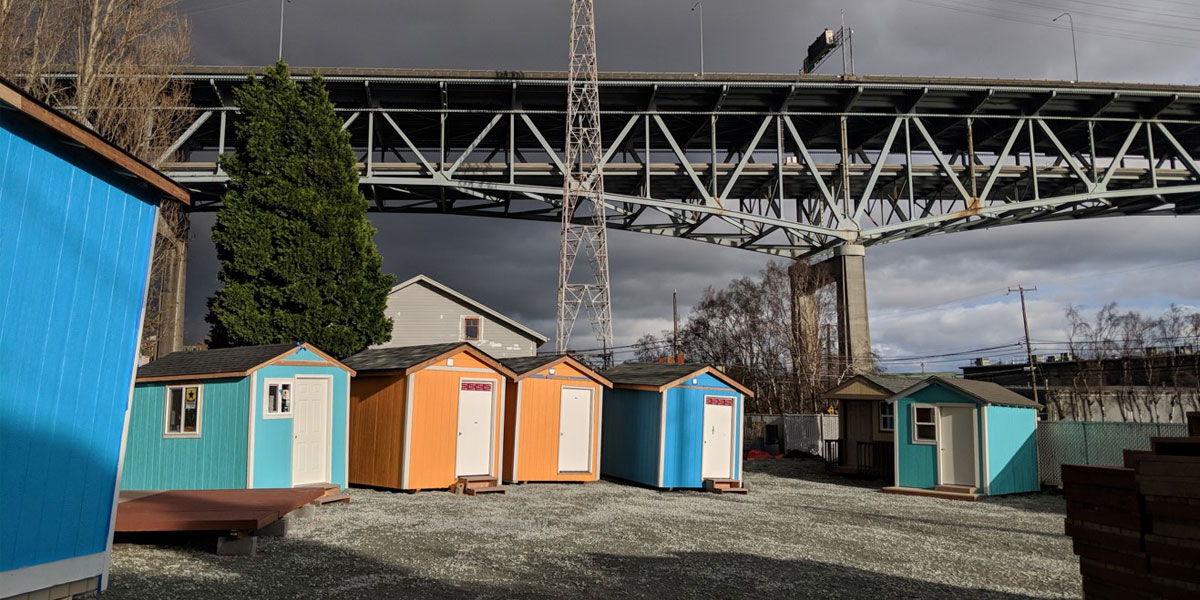 A new University of Washington School of Public Health study sustains a long-held argument that court-imposed fees and fines may keep the most vulnerable people ensnared in a vicious cycle of poverty and incarceration.

The researchers found that, among a group of adults experiencing homelessness in the Seattle area, people with outstanding legal debt spent two more years without stable housing than those without legal debt. The study was published June 4 in the Journal of Public Health.

People convicted of crimes who have served time on probation or in confinement typically incur some court costs and may have other legal financial obligations. These include fines, victim restitution and appointed attorney reimbursements, as well as fees for supervision and health care while in prison.

According to lead author Jessica Mogk, this is the first study to examine whether these legal fines could predict how long people experience homelessness. The research was conducted as her capstone project for the Community-Oriented Public Health Practice (COPHP) program at the UW School of Public Health.

“We know that people who are experiencing homelessness have poorer health than their peers and we also know that people experiencing incarceration have a lot of health problems,” said Mogk, now a research specialist at Kaiser Permanente Washington Research Institute. “For every dollar we’re not spending on preventing or shortening housing instability and incarceration, we’re setting ourselves up for dealing with a lot of sickness in the future. The human cost of this is devastating and there is an economic cost as well.”

Mogk and the research team interviewed 101 adults living in three city-sanctioned housing encampments and five tiny house villages in the greater Seattle area from 2017 to 2018. Researchers collaborated with the Seattle Housing and Resource Effort/Women’s Housing, Equality and Enhancement League to design a survey that included questions about health, income, debt, housing history, and personal and familial incarceration history.

Overall, people in the study experienced an average of three and a half years of homelessness. Within this group, those with legal fine debt experienced nearly four and a half years of unstable housing on average. When compared to people without legal fine debt, the difference was much greater. These were the only type of debt found to be statistically significant, “potentially indicating these court-imposed fines are more detrimental to housing stability than other debts,” researchers wrote.

Policies for legal financial obligations differ by state. In Washington state, the mandatory minimum court-imposed fine is $600. However, previous research led by Alexes Harris, a professor of sociology at the UW, found that the average was actually more than double the minimum, with substantial variation by county. Researchers explain that this debt can grow quickly due to high interest rates, annual collection charges and added fees from private collection agencies, and that many defendants struggle to pay it off.

"In the 2017-2018 session, the Washington State Legislature prohibited imposing fines on those who can't pay and stopped the state's practice of accruing interest on non-restitution fines," Mogk said. "The implementation of these new laws could be critical to interrupting the homelessness-incarceration nexus."

The study highlighted an important link between incarceration and homelessness. Nearly two-thirds of participants reported being convicted of a crime and 78 percent had been incarcerated. Since the study was cross-sectional, researchers say they cannot determine the direction of this relationship – whether being unstably housed was an outcome of incarceration or if incarceration was a result of criminalized “survivalist activities” related to homelessness, such as loitering or sleeping in public.

“A large portion of our sample had interactions with the criminal justice system,” Mogk said. “That was surprising because our sample was mainly white, middle-aged males, most of whom had completed at least some college. This is not necessarily a demographic that faces over-incarceration. We think this high proportion of legal entanglements could be related to their status as people experiencing homelessness.”

The survey did not ask about reasons for incarceration or fines, but some participants offered the information unprompted. Petty theft and missed court dates were common, and the lack of a permanent address created problems with responding to outstanding parking tickets or other minor offenses.

Researchers caution the data were self-reported and are, therefore, subject to recall bias. This was especially true for questions about debt amounts, as many participants said they did not closely track debts that they knew they couldn’t pay.

“Given policies that criminalize the visible poor and considering known barriers to rehabilitation following incarceration, legal financial obligations pose an inequitable burden on those without the ability to pay,” the researchers wrote. “Revising legal financial obligations policies and practice may be a way to interrupt the revolving doors of homelessness and incarceration.”

Other co-authors are Valerie Shmigol, Marvin Futrell, Bert Stover and Amy Hagopian, all from the UW School of Public Health.