Could a long-acting injectable drug lower risk of HIV?

Two new large clinical trials engaging more than 6,000 people at high risk for acquiring HIV infection aim to determine whether an injectable medication, given only about every eight weeks, has effectiveness in reducing the risk of HIV infection that is similar or superior to that of a daily antiretroviral pill known as Truvada.

“These two trials have the potential to be landmark studies in our efforts to more widely protect the population against the spread of HIV,” said Thomas R. Fleming, professor in the Department of Biostatistics at the University of Washington School of Public Health. 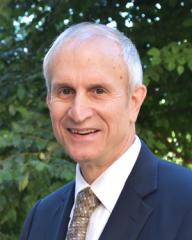 Fleming has been involved in HIV research for nearly 30 years.  One of his important recent roles was to collaborate in the design, conduct and analysis of a clinical trial establishing that antiretroviral drugs, when given to people with HIV infection, would nearly eliminate the spread of HIV infection to their uninfected partners.  This trial established the concept of “treatment for prevention.”  The publication, on which Fleming was the senior author, was named the “Breakthrough of the Year” in 2011 by Science magazine.

“While major progress has been made against HIV/AIDS, much remains to be done,” said Fleming, also a professor of statistics.  In spite of worldwide efforts, an estimated 1.1 million people died of AIDS-related diseases in 2015. The human-immunodeficiency virus is the cause of AIDS.

“Of complementary importance to the ‘treatment for prevention’ strategy that involves treating those who are infected to reduce their infectiousness,” Fleming noted, “is the strategy of treating uninfected people who are in situations placing them at high risk for becoming infected.” The key strategy is called PrEP, which stands for pre-exposure prophylaxis.

Previous studies have shown that use of the oral drug Truvada for PrEP can provide decreased risk of infection in uninfected people.  However, these benefits have not been consistently achieved, likely due to inconsistent adherence by people to taking their daily dose of the pill.  Also, the use of Truvada for PrEP could induce resistance to this drug, which is a key component of the triple-drug regimen commonly used to treat those who are infected.

These issues provide strong motivation for the two new trials, being conducted by the HIV Prevention Trials Network in people at high risk for acquiring HIV infection, that will evaluate the injectable drug, cabotefravir, as an alternative to Truvada for PrEP

The first trial, called HPTN 083, is the first large-scale clinical trial of a long-acting injectable drug for HIV prevention. It will enroll approximately 4,500 men who have sex with men or transgender women who have sex with men. The study will take place at more than 40 sites in the U.S., Argentina, Brazil, Peru, India, Thailand, Vietnam and South Africa.  The study began in December 2016 with funding from the U.S. National Institute of Allergy and Infectious Diseases (NIAID), part of the National Institutes of Health, and ViiV Healthcare.

The second trial, called HPTN 084, has just begun and will enroll about 3,200 women in South Africa.   Both trials are expected to follow participants for several years.

Fleming’s role in these two trials is to provide semi-independent oversight to enhance the quality of their conduct.  He also supports other members of the UW faculty in biostatistics who are actively involved in leading the research for preventing the spread of HIV, including James Hughes, Peter Gilbert, Barbra Richardson and Ying Chen.

Fleming says these biostatisticians often serve as the “conscience” of the research team.  “The biostatistician has an integral role in enhancing the scientific integrity of trial design, conduct and analysis,” he said, “and in safeguarding the interests of trial participants and achieving timely and reliable dissemination of trial results.”

These two trials of an injectable drug in the PrEP setting, under leadership that includes UW faculty in biostatistics, are of considerable importance to the HIV prevention effort.  As Fleming stated, “They could provide invaluable insights about more reliable approaches to HIV prevention that could benefit millions of people.”