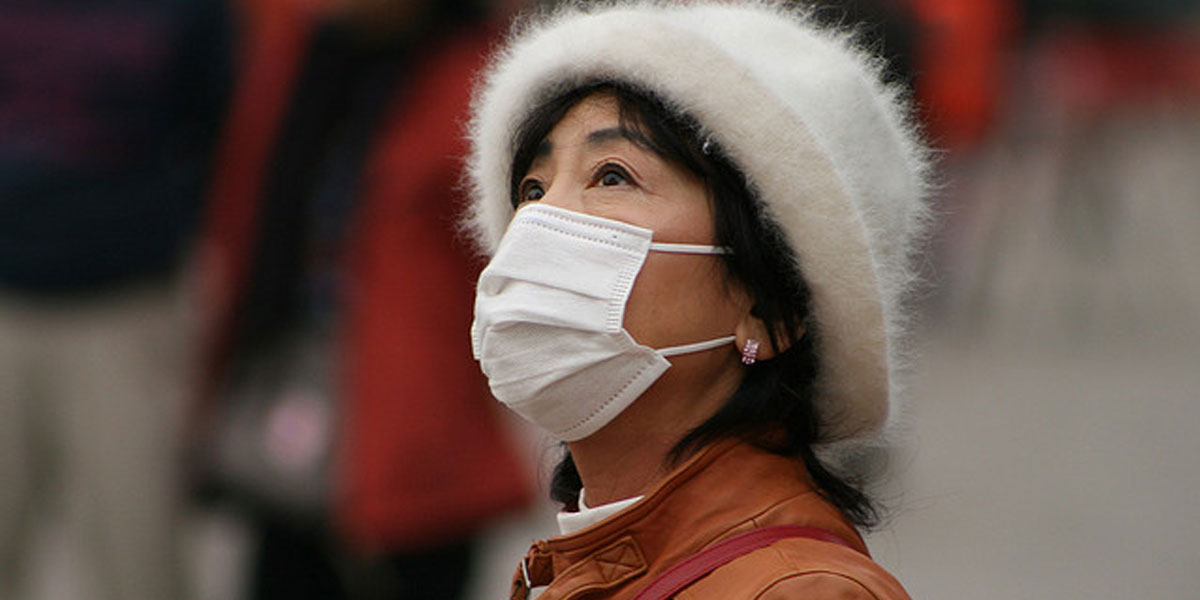 Recent estimates in the Global Burden of Disease (GBD) study show that the combination of air pollution, poor water sanitation, and exposure to lead and radon is responsible for nine million premature deaths each year. Though this figure is large, it captures only a fraction of the real burden, and it doesn’t consider climate change, say a community of scientists led by University of Washington School of Public Health researchers.

In a new paper, the researchers highlight key challenges that limit the scope and accuracy of current GBD estimates for environmental health risk factors and propose strategies to clarify the true environmental footprint on health from chemical pollution and climate change. The paper was published as a Commentary in Environmental Health Perspectives on Oct. 18.

“There are currently no GBD estimates related to a host of globally-distributed toxic pollutants or to climate change, which is arguably the greatest environmental threat of them all,” says Howard Hu, corresponding author of the Commentary and an affiliate professor in the School’s Department of Environmental & Occupational Health Sciences. Specifically, climate change is not considered in a new type of GBD analysis, published in The Lancet in 2018, that forecasts health and drivers of health on a global scale over the next 20 years.

One reason for this is that climate change cannot easily be captured as a distinct exposure and there are unique data and modeling limitations, according to the Commentary. Additionally, “it is unclear what the baseline level for climate risk should be, given its unique status as a constantly changing global system,” the researchers wrote.

The GBD – coordinated by the Institute for Health Metrics and Evaluation (IHME) – provides a tool to quantify health loss from hundreds of diseases, injuries and risk factors, to help provide an evidence base for decision making. The GBD incorporated a limited set of climate risks in its 2000 analysis but has since opted not to include climate risk in recent reports.

“The thinking behind the initiative is that many countries, especially those that are low- or middle-income and are striving to meet the United Nations’ Sustainable Development Goals, have the opportunity to avoid some of the environmental tragedies that have plagued high-income countries and to engage in ‘smart’ development,” Hu says. “To do so, policymakers need to know the identity, magnitude and potential consequences of the environmental risk factors specific to their country.”

A research agenda proposed in the Commentary stems from a 2018 GBD-PHI workshop. According to Hu, a workshop orchestrator, current GBD estimates only count environmental impacts from air pollution, lead, radon and select occupational exposures. What is missing are estimates related to climate change and other pollutants “that are highly toxic, globally distributed and arguably having significant impacts on health or functioning,” such as mercury, arsenic, pesticides, phthalates and polychlorinated biphenyls or PCBs.

Another challenge is that most GBD data come from high-income countries, which have lower levels of pollution compared to low- and middle-income countries. Also, current GBD metrics rely on outcomes that meet diagnostic criteria, “an approach that lacks the ability to fully capture critical sub-clinical effects such as moderate reductions in IQ from neurotoxicants like lead or mercury,” Hu says. Such impacts are only counted in the GBD if IQ loss results in intellectual disability (IQ less than 85). However, modest reductions in IQ are well known to have major impacts on a person’s capacity for learning and the amount of money they may make in their lifetime, upstream factors that could influence health.

Since sub-clinical effects have major implications for individuals and society but are not diseases per se – and, therefore, cannot be fully captured by GBD methods – the Commentary suggests, as an alternative, measuring these effects based on other metrics such as those for human capital developed recently by IHME and the World Bank. This metric was described in The Lancet in 2018.

The GBD-PHI is looking to leverage existing research and stimulate collaborations with environmental health scientists, particularly those who can address the lack of data on exposures to pollutants in low- and middle-income countries.

“We share the desire to more completely capture the burden associated with environmental risk factors and we have continued to add new environmental risk factors and new risk-outcome pairs with each new iteration of the GBD study,” said Jeffrey Stanaway, assistant professor of health metrics sciences at IHME and a co-author of the Commentary. “We have begun working on estimating climate-related risks and are including sub-optimal temperature as a new risk factor for GBD 2019. Unfortunately, the limited data for most chemical pollutants, particularly with regard to exposure levels in the general population outside of high-income countries, precludes their inclusion in the analysis at this point. Hopefully the increased collaboration emerging from this initiative will help us to identify new data and develop new methods that will allow us to work through some of these challenges.”

Says Rachel Shaffer, lead author of the Commentary and a doctoral student in environmental toxicology at the UW School of Public Health: "The GBD is highly influential in the global public health policy arena. It is crucial that environmental exposures are more fully incorporated and considered in future iterations of the GBD, so governments and policymakers can make appropriate decisions to allocate resources and improve the health of their populations."