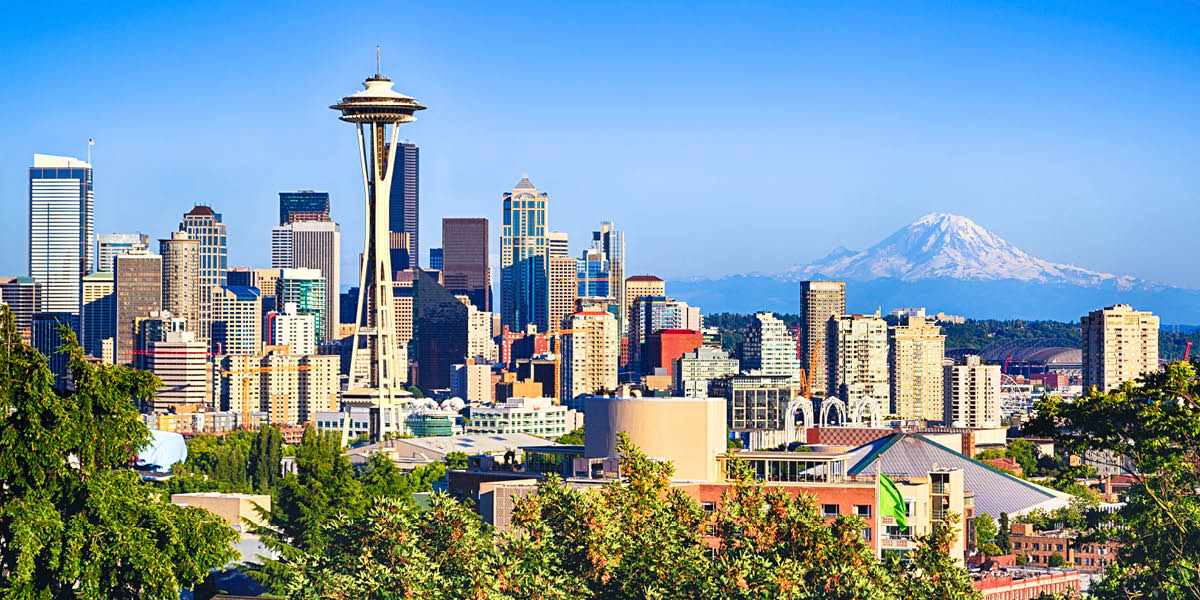 Seven interdisciplinary teams that include School of Public Health researchers were awarded Tier 1 and Tier 2 pilot grants from the UW Population Health Initiative in Winter Quarter. These grants are intended to encourage collaborations among investigators – and with community-based partners – for projects that address critical challenges to population health.

These pilot grants are just some of the many grants given by the Population Health Initiative over the past three years to researchers, including awards for  COVID-19 projects in 2020 (three rounds:  general, equity and economic impacts). To date, the Initiative has awarded 34 grants to School of Public Health researchers, most of which have been matched by $329,582 in funding from the School of Public Health (as of April 14, 2022).

For a full description of each research project, visit the Population Health Initiative’s announcement for Tier 1 and Tier 2 awards.

The Intersection of Food Security and Planetary Health in Senegal, West Africa: A Mixed-Methods Pilot Study

Innovative strategies are needed to address the complex and growing challenge of food insecurity in sub-Saharan Africa. According to the United Nations Food and Agriculture Program (UN-FAO), food insecurity is increasing globally, driven primarily by climate change, conflict, economic downturns and more recently, the COVID-19 pandemic.

"This study will explore the intersection of food security and environmental change in the post-conflict Casamance region of Senegal using a mixed methods approach," said principal investigator Noëlle A. Benzekri. “In collaboration with the non-profit organization ‘DIG,’ the findings from this study will be used to develop interventions to improve food security, protect biodiversity, and promote environmental resilience in the region."

“Planetary Health is a movement which considers human health to be inextricably linked to the health of ecosystems, and communities in the Casamance region are intimately connected to the ecosystems in which they live for their food systems, livelihood practices, and cultural identities,” said researcher Julianne Meisner. “This project takes a transdisciplinary approach to understanding how ecosystem degradation, health, and food security interact with each other, bringing together community members, physicians, epidemiologists, veterinarians, and climate scientists to achieve Planetary Health goals.”

Iquitos, Peru is a city of half a million inhabitants in the Peruvian Amazon. Similar to other Amazonian cities, it is effectively a desert in the middle of the rainforest with one of the lowest green spaces per capita in Latin America. Lack of green space is linked to a myriad of human health problems, such as poor water and air quality, urban heat island effect, lack of recreation spaces to support mental and physical health and increased risk of vector-borne diseases (including dengue and other Ae. Aegypti related diseases), as well as ecological health problems, such as disruption of hydrological systems and climate regulation, several types of pollution, gaps in habitat for biodiverse species and perpetuation of imbalance in surrounding rainforests.

“The project supports a broad spectrum of efforts addressing major health and environmental issues in the Amazon region,” said professor Joseph Zunt and co-investigator Jorge “Coco” Alarcón. “For example, we hope to reduce the risk of dengue, mitigate the urban heat island effect, improve access to vegetables, and increase green cover and carbon sequestration, among other benefits.”

This project is another milestone for the interdisciplinary collaboration between faculty and students from the Departments of Global Health and Landscape Architecture, as well as the Schools of Nursing, Dentistry, and Public Health.  The collaboration in the Peruvian Amazon region started in 2015 with the thesis projects of two MPH students. Now, over 90 students and professionals from 27 fields, Peruvians and Americans, participate in different academic and research efforts to advance the built environment for the benefit of human and ecological health.

Homelessness has short- and long-term negative impacts on both physical and mental health and represents a significant burden to communities throughout the U.S. According to the Alliance to End Homelessness, Washington State has 22,000 people experiencing homelessness, nearly 12,000 of whom live in King County. Within the County, the number of unsheltered people has increased by about 150% in the last 13 years.

Temporary strategies used to address the homelessness crisis include permanent or nighttime congregate shelters, sanctioned encampments and parking lots, hotel rooms and small shelters. However, researchers currently lack objective measures on the effectiveness of each of these strategies in improving the well-being and health outcomes of people experiencing homelessness. The non-invasive assessment of daily sleep timing represents a reliable marker of a person’s well-being.

Researchers seek to provide further evidence of their ability to monitor sleep in people experiencing homelessness in different sleeping environments and connect sleep timing to additional objective and subjective measures of health, sleep quality and well-being. This evidence will be critical to seek funding from federal agencies with the overarching goal of using sleep as a critical metric for the effectiveness of any intervention to address the current homelessness crisis and as a predictor of health outcomes in affected people.

“In our proposal, we set forward an agenda to provide evidence of our ability to monitor sleep in people experiencing homelessness in different sleeping environments (e.g., tents, shelters, tiny villages), and to connect sleep timing to additional metrics of health, sleep quality, and wellbeing,” said Co-principal investigator Zack Almquist. “Our long-term goal and hope is that this evidence will provide a path forward for demonstrating sleep as a critical metric for the effectiveness of any intervention to address the current homelessness crisis for local and federal agencies."

According to the Civil Rights Data Collection (CRDC), 2.5 million public school students in the United States experienced an out-of-school suspension, over 100,000 received expulsions, and over 250,000 were reported to the police in the 2017- 2018 academic year. A disproportionate number of these students came from culturally or linguistically diverse backgrounds. Academic achievement is tied to future health, social and economic outcomes. Thus, exclusionary discipline and over-policing deny youth educational opportunities and hinder efforts to address downstream racial and ethnic inequities in population health and well-being.

"At its core, the purpose of this project is to equip schools with a new way to engage students, parents, staff, and community stakeholders in problem-solving about racial and ethnic disparities in youth's experiences with school discipline and policing,” said co-investigator Keith Hullenaar. “Through learning labs, schools can develop culturally-relevant solutions to community-identified problems regarding these disparities."

America is experiencing a shortage of affordable homes for low-income renters. At the same time, climate change is contributing to a rapid increase in frequency and intensity of disasters, which damage and destroy substantial housing stock, displacing populations and leaving many exposed to environmental hazards.

Public Housing Authorities (PHAs) own and manage housing units (i.e., Place Based Subsidized Housing, or PBSH) that they rent to low-income tenants. As tenants in PBSH have historically been in precarious housing situations following disasters, PHA disaster preparedness is of paramount public health importance, yet it remains unknown if and how PHAs are planning for disasters.

The goal of this project is to assess PHA’s engagement in disaster preparedness, response and recovery activities.

“Our team's hope is that this project enhances knowledge about current disaster risk management strategies being implemented at Public Housing Agencies and guides decisions to promote future, equity-focused federal- and state-level disaster and housing policy, while building a strong partnership between UW and the National Low Income Housing Coalition,” said Amber Khan, Ph.D. student and co-investigator on the project. “Ultimately, this research can minimize displacement after a disaster and improve the health and well-being of current and future residents in federally subsidized housing.”

Homelessness is not new in Seattle history, but the problem has mushroomed since plentiful cheap housing has dwindled. In November 2015, the city’s then-mayor declared a homelessness state of emergency, after which visible homelessness only multiplied. Counting the number of people in outdoor and sheltered homeless situations is the responsibility of a nationwide network of HUD “Continuum of Care” agencies. The “one night” census approach to counting unhoused populations has been soundly critiqued, but enumeration strategies have been limited by lack of innovation. Counting is important because, as a society, we cannot solve problems we cannot describe.

Researchers have formed a partnership with King County’s new Regional Homelessness Authority to innovate the “Point in Time” count, bringing modern methods: respondent driven sampling, multiple list (aka capture/recapture), anonymous cell phone signal counts from encampments and tracking those swept from open air encampments. The researchers are, in essence, establishing a UW multidisciplinary Homelessness Research Lab with faculty from public health, geography, sociology, statistics and informatics. With proof of concept of these enumeration methods, they are poised to apply for larger grants to develop this field. Researchers are working in a collaborative way with other west coast universities, where U.S. homelessness is concentrated.

"Our team hopes to innovate new interdisciplinary approaches to more frequently and consistently count and assess the wellbeing of unhoused populations,” said co-investigator Amy Hagopian. “We are very fortunate to have a progressive new King County Regional Homelessness Authority, which is eager to partner with universities to think up new approaches to tackling Seattle’s most stubborn problem. Simply measuring a problem doesn’t solve it, but it does offer a way to assess the success of interventions."

Impacts of noise on human health and well-being are pervasive, yet considerable knowledge, regulatory and policy gaps remain. Military activity over western Washington has increased dramatically over the past decade due to national consolidation to Naval Air Station Whidbey Island. Although naval flights have been operating in the area for decades, the transition from Prowler to Growler aircraft and expanded operations has increased the noise experienced by residents, visitors and wildlife. However, lack of federal environmental noise legislation (i.e., comparable to Clean Water or Clean Air Acts) has led to insufficient research attention and limited data to guide evaluation and mitigation actions.

Since 2013, community groups, tribes and agencies have sponsored their own research, lobbied legislators for relief, negotiated with the Navy and taken legal actions. However, there is an urgent need for corresponding advances in understanding how noise affects people, communities and the environment.

Our community partners initiated and developed this research to bolster their longstanding advocacy around this issue. Researchers will analyze a robust archive of raw data collected over the past decade to quantify noise levels, duration and frequency of events across the study region. Population health risks will be estimated using quantitative exposure-response relationships for noise and health impacts, which include hearing loss, increased blood pressure, sleep disturbance, stress and annoyance and childhood learning. Researchers will produce spatial estimates of noise levels and health burden to inform mitigations in impacted communities. This project leverages each partner’s strengths to co-produce findings that will lead to policy solutions.

"We're looking forward to working with our community partners on this important project to characterize the noise impacts of naval aircraft,” said principal investigator Edmund Seto. “We're hopeful that the noise analyses that we'll conduct for this project and the deeper engagement with noise stakeholders will contribute to constructive dialog to mitigate the health impacts of noise in our region."