How Big Data Can Lead to Safer Drugs and Vaccines

Remember Vioxx? The painkiller helped many but increased the risk of heart attacks in others. It was withdrawn from the market in 2004, nearly five years after it was introduced.

Although it takes years of extensive testing for new drugs and medical products to reach the market, negative side effects may not become apparent even then. 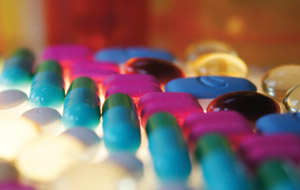 "Until you can observe populations of an enormous size, you really can't know everything there is to know about the rare adverse effects," says Jennifer Nelson, MS 1994, PhD 1999 Biostatistics, and affiliate associate professor of Biostatistics at the University of Washington School of Public Health.

Nelson is part of a growing group of researchers transforming the way we monitor medical products for safety. She uses big data—in this case, millions of electronic health records sitting in the databases of large health insurers or health providers.

"Big health-care data holds great promise," says Nelson, who is based at Group Health Research Institute, where she is senior investigator and director of biostatistics. "There's big data in the numbers of people, and there's also big data in the amount of information per person."

Researchers drill into big data to predict everything from the outcome of the Super Bowl to which online ads consumers are likely to click. In public health and medical research, big data is helping unlock the secrets of our genomes and leading to personalized medical treatment.

Electronic health records have been around for decades, but only recently have more researchers started to recognize their potential for improving public health. It is now possible to access millions of records collected by insurers and health care providers such as Group Health Cooperative. 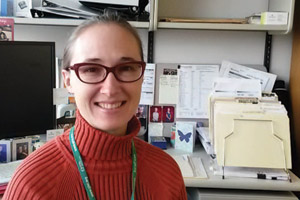 Regulatory agencies such as the FDA have typically had to wait until enough alarming cases emerge from doctors and their patients. It's a passive reporting process that doesn't capture everything.

Today, in a pilot project, researchers are proactively monitoring the safety of drugs and other medical products in "real time," Nelson says. It's faster and more cost-effective than recruiting participants for a randomized clinical trial or conducting a traditional observational study.

"It's the modern version of public health surveillance— using modern data-sharing mechanisms. They're measuring millions of lives and trying to keep track of adverse events," says Patrick Heagerty, professor and chair of the School's top-ranked department of Biostatistics.

Adverse events are essentially bad reactions. For vaccines, they can include pain, itching, swelling, or fever and in rare cases, seizures, Nelson says. For drugs—especially for cardiovascular disease—they include elevated risk of heart attack or kidney and liver problems.

Nelson is involved in two major monitoring projects. One is the FDA's Mini-Sentinel program, a pilot project set up in 2007 to build a nationwide "rapid-response surveillance system" for drugs and other medical products. It includes data from 17 partners, including Group Health, and more than 100 million patients.

Nelson is also part of the Centers for Disease Control and Prevention's Vaccine Safety Datalink, which uses information on vaccines and medical illnesses collected at doctor's offices and hospitals in six health care systems across the country. Information is updated weekly.

Nelson and Heagerty say big data offers great potential but also many challenges. For instance, electronic medical records capture data for clinical care and billing, "but that doesn't cover all the things you might want to measure for medical research or public health research," Heagerty says. "It's not always complete."

The data needs to be augmented to address certain research questions, he adds, such as what actually happens to patients after they are treated. "Maybe we need mobile data collection, where they can use text messages to send us their pain and ability to function every day," says Heagerty. "I think there will be innovation in adding to the electronic medical records."

Biostatisticians are key in designing these studies and in analyzing the data. Nelson collaborates with faculty on these issues, mentors students, and has taught at the department's Summer Institute in Statistics for Clinical Research.

"We want to expose junior researchers to this field because it's going places," Nelson says. "My goal is to help create those opportunities and create even stronger ties between the UW and Group Health. Getting from big data to meaningful evidence is not easy. And that's why it's fun. We're going to be employed for a long time doing this."