Managed retreat due to rising seas is a public health issue 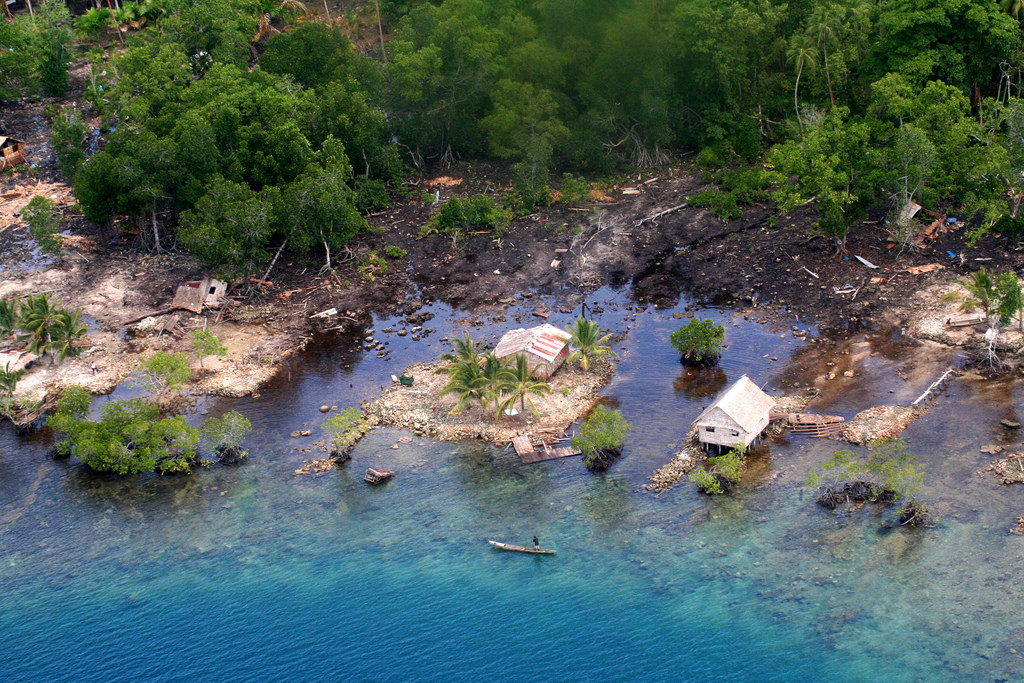 Sea-level rise associated with climate change is a concern for many island and coastal communities. While the dangers may seem far off for large coastal cities like Miami or New Orleans, the advancing oceans are already displacing some small indigenous communities, and many others are at risk around the world.

Prior to catastrophic flooding expected during the next few decades, people living in these communities can begin an orderly process of managed retreat, or planned relocation, to higher ground either nearby or at a distance.

A University of Washington study published Feb. 8 in the journal Climatic Change examined through the lens of public health how this process affects the people in question.

Those impacts include mental health, social networks, food security, water supply, sanitation, infectious diseases, injury and health care access. The analysis found that relocating may bring some positive changes such as improved living conditions as well as some challenges, such as impairment to subsistence livelihoods.

“It can be a mixed blessing,” Dannenberg said.

The researchers focused on eight villages — four in North and Central America and four in the South Pacific — to learn what happens to people and communities when rising oceans force people with limited resources to relocate.

Researchers looked at existing literature, including academic papers and news reports, to examine the public health impacts of these relocations. The community populations ranged from 60 to 2,700 people, in places including Alaska, Louisiana and Washington state, as well as Panama, Fiji, Papua New Guinea, the Solomon Islands and Vanuatu.

One of the affected communities in the Northwest is the Quinault Indian Nation village of 660 people in Taholah, Washington, that is at growing risk from sea level rise, storm surges and tsunamis. With a $700,000 federal grant, the residents have completed a Master Plan to rebuild on nearby higher ground and to incorporate best development practices consistent with community input. Substantial additional funds will be needed to complete the relocation, Dannenberg said.

The authors of the new study suggest that human health should be a consideration in the managed retreat process, although health issues received relatively little attention in most of the case studies reviewed. While some relocations were successful, other communities faced barriers, such as lack of a suitable new location, funding, or community consensus on when and where to move. As one official in Fiji commented: “Relocation …[is] not about moving houses, it’s about moving lives.”

“Further research is needed to better understand the public health implications of managed retreat and how to facilitate population resilience before, during and after relocation,” Dannenberg wrote.

This story was originally published by UW News.