Dr. Mary Travis Bassett (MPH, Health Services, 1985) has been named the UW School of Public Health's 2015 Distinguished Alumna, the highest award given by the School. 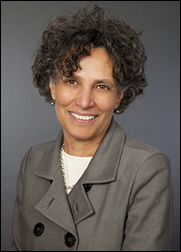 In addition, Dr. Bassett has been chosen as the 2015 Gloyd lecturer. The Stephen Stewart Gloyd Endowed Lecture recognizes Stephen Gloyd, a longtime, current faculty member in the departments of Global Health and Health Services.

With more than 30 years of experience in public health dedicated to advancing health equity, Dr. Bassett was appointed Commissioner of the New York City Department of Health and Mental Hygiene in January 2014.

"Mary is one of the few people I know who has lived her whole life aligned with her principles of justice and equity. She really walks her talk. She is a role model for all of us," says Stephen Gloyd.

About her years at the UW School of Public Health, Dr. Bassett says, "I moved to Seattle from New York City in 1985. I had just finished my house staff training at Harlem Hospital. After those intense years on the 'frontlines', Seattle was a bit of a shock. And then began some of the best teaching and learning that I have experienced.

"Noel Weiss, a superbly gifted teacher, taught me epidemiology. With Nancy Krieger, a fellow student, I began pursuit of an enduring interest in the relationship between race and health. Steve Gloyd and I became a travelling duo, giving a talk about apartheid and health (something he knew a great deal more about than I did). And we stayed in touch. Noel came to the University of Zimbabwe not once, but twice. Steve regularly passed through Harare. And Nancy and I continue today that conversation about race and health.

"It's not often you get the space to think along with people who help you think better. I got this for two years at the University of Washington and it has served me well."

As part of the medical faculty at the University of Zimbabwe for 17 years, Dr. Bassett developed a range of AIDS prevention interventions to address one of the world's worst AIDS epidemics. She later served as the associate director of Health Equity at the Rockefeller Foundation's Southern Africa Office, overseeing its Africa AIDS portfolio.

While Deputy Commissioner of Health Promotion and Disease Prevention for New York City, she directed key initiatives, including bans on smoking and trans fats in restaurants and the requirement for chain restaurants to post calorie counts.

From 2009 she served at the Doris Duke Charitable Foundation as program director for the African Health Initiative and more recently has led its Child Well-being Program. Both portfolios focus on strengthening systems to support health improvement.

Dr. Bassett grew up in New York City, received her BA in History and Science from Harvard University and her MD from Columbia University's College of Physicians and Surgeons. She served for many years as an associate editor of the American Journal of Public Health.