A new report by the University of Washington projects dramatic changes in the Puget Sound region due to climate change; an entire chapter is devoted to the potential effect on human health. 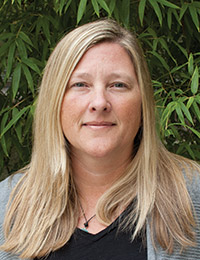 The region faces rising seas, heavier downpours, more frequent floods and landslides, less snow, and hotter, drier summer streams, according to the report, “State of Knowledge, Climate Change in Puget Sound.” That could lead to more direct and indirect impacts on human health, according to co-author Tania Busch Isaksen, a lecturer in the Department of Environmental and Occupational Health Sciences within the School of Public Health.

“Climate change affects us even here in the relatively temperate climate of Puget Sound,” Busch Isaksen said. “It directly increases the risk of negative health effects through changes in the frequency, duration and severity of extreme weather events, but it also indirectly affects us through changes to our natural systems important to health, such as our water supplies, wildfire risk, and the ways in which diseases are spread.”

Populations at greatest risks, she said, are often the aging and elderly, children, those with existing chronic health conditions, individuals with greater exposure to outside conditions, and those with limited access to health resources.

The report synthesizes research from published papers, agency studies and regional adaptation efforts, and is the first major update on climate change impact on the region since 2005.

Busch Isaksen and colleagues say that climate change is expected to exacerbate public health challenges and in some cases lead to new risks and diseases. The authors note:

The report cites Busch Isaksen’s previous research, which found a strong link between heat stress and health outcomes in the Seattle area. The report also looks at how communities are beginning to respond.

The report was published by the Climate Impacts Group in the university’s College of Environment.