A new report authored by a national committee of experts, including members from the University of Washington School of Public Health, says the United States needs a robust surveillance system to better understand the impact of working conditions on the health of working Americans. 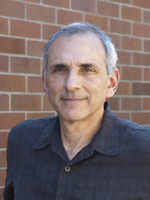 The report, available online, was authored by a 12-person committee arranged by the National Academies of Sciences, Engineering and Medicine. According to the group, an occupational safety and health surveillance system would provide critical information about the relationships between work and injuries and illnesses. Data gathered would also inform policy development, guide educational and regulatory activities, develop safer technologies, and enable research and prevention strategies.

“A surveillance system such as that proposed in the report will give us the ability to devise and implement well-targeted and timely interventions to improve the health of our nation,” says Noah Seixas, co-author of the report and professor of environmental and occupation health sciences at the UW School of Public Health.

Currently, there is no single, comprehensive surveillance system in the U.S., but rather a continuously evolving set of systems using a variety of data sources to meet different objectives. What’s more, the country’s assessment of worker injuries currently only comes through employers, so it excludes many contract, small business and gig-economy workers, according to Seixas. This includes includes Uber and Lyft drivers.

The report recommends, among other things, using a household survey to capture the experiences of the significant and increasing fraction of our workforce in non-standard employment relationships.

“Effective surveillance can lead to short-term fixes as problems arise, but it can also support companies in their attempts to address health among their workforce, and thus improve the overall performance of the enterprise,” Seixas says.

The report also notes that work-related disease (versus injury) information has been lacking in the surveillance system. So far, the principal focus has been on collecting data on injuries, and less attention is on collecting information on hazards and exposures which increase the risk of chronic illness. The report recommends developing a surveillance system for workplace exposures, including stressful working conditions and hours of work, to account for the impact those exposures have on prevalent conditions among the workforce.

“The development of such systems are particularly needed now, as the ways in which people are employed is changing, and secure and full-time health-supportive working arrangements are being degraded,” Seixas added.

A federal-state partnership can facilitate and serve as a national effort to identify and monitor emerging problems, and to foster prevention programs that can address them, according to the committee. The report recommends that the National Institute for Occupational Safety and Health lead the collaborative surveillance effort alongside the U.S. Bureau of Labor Statistics, the Occupational Safety and Health Administration and state agencies.

Edward Shortliffe, professor of biomedical informatics at Arizona State University, is chair of the Committee on Developing a Smarter National Surveillance System for Occupational Safety and Health in the 21st Century. David Bonauto, clinical associate professor of environmental and occupational health sciences and of medicine at the University of Washington, was also a co-author. Other members are David Buckeridge, Steven Cohen, Leticia Davis, Gerald Kominski,  Scott Mugno, Kenneth Rosenman, Margaret Seminario, Glenn Shor and David Wegman.