SPH biostatistician named a Fellow of the American Statistical Association

Kenneth Rice, an associate professor of biostatistics at the University of Washington School of Public Health, has been named a fellow of the American Statistical Association (ASA), the nation’s pre-eminent professional statistical society. 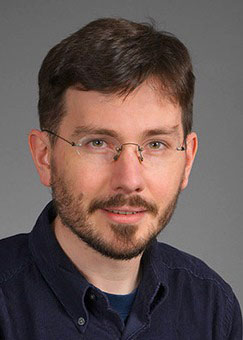 Rice has been a faculty member in the Department of Biostatistics since 2004. His research focuses on developing and applying statistical methods for complex disease epidemiology, notably cardiovascular disease. He leads the Analysis Committee for the CHARGE (Cohorts for Heart and Aging Research in Genomic Epidemiology) consortium, a large group of investigators studying the genetic determinants of heart and aging outcomes.

What's more, Rice is an investigator at UW’s Cardiovascular Health Research Unit and an active member of the Multi-Ethnic Study of Atherosclerosis and Air Pollution, or MESA Air, and the Hispanic Community Health Study/Study of Latinos. He also serves on the External Evaluation Committee for The Environmental Determinants of Diabetes in the Young, or TEDDY study, out of the University of San Francisco.

Prior to the UW, he worked as a postdoc in the MRC Biostatistics Unit at Cambridge University, under the supervision of David Spiegelhalter, who also advised his doctoral work. Going back further, Rice completed Cambridge’s diploma in Mathematical Statistics and did his undergraduate training in mathematics at Churchill College.

The ASA fellow designation has been a significant honor for nearly 100 years. The ASA Committee on Fellows can elect up to one-third of 1 percent of the total membership as fellows each year. Dr. Rice will be inducted next month at the 2018 Joint Statistical Meeting in Vancouver, Canada.