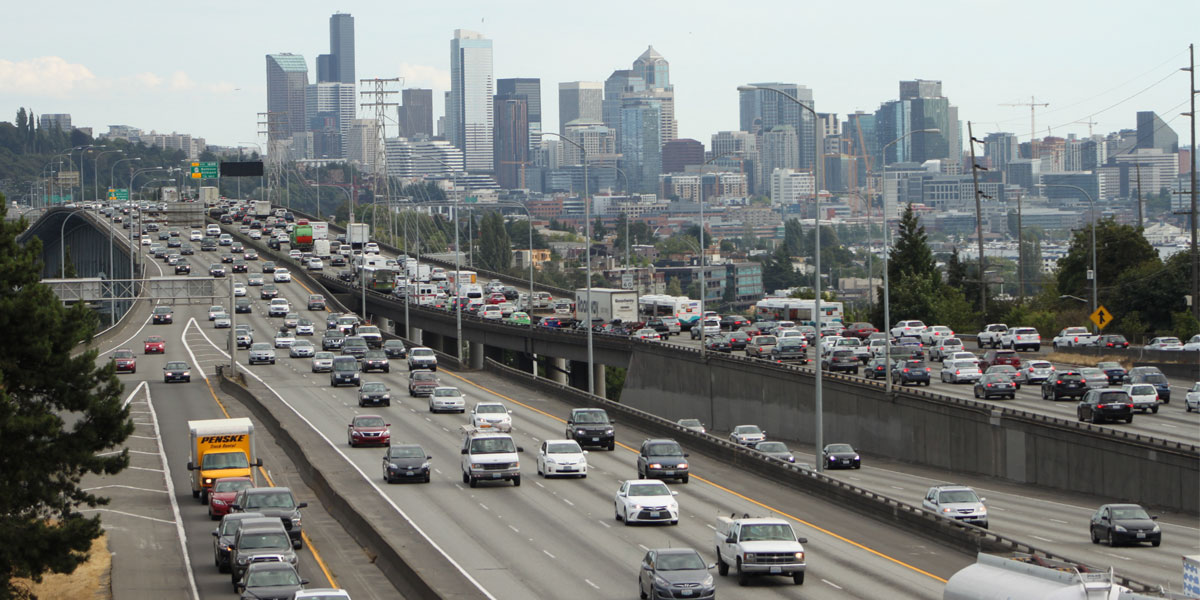 Stay-at-home orders issued in Seattle in response to COVID-19 led to a significant drop in some of the most harmful air pollutants to human health, according to a novel method used by the University of Washington School of Public Health.

The researchers developed a new method to account for any differences in weather conditions – such as changes in wind speed and direction, temperature or humidity – that were observed during the study period and that could influence results. Study authors say “urban traffic-related air pollutant levels could be completely different in scenarios whether meteorology was adjusted for or not,” according to the paper published online July 28 in a special issue on COVID-19 for the journal Science of the Total Environment.

“This study found that the variation in weather conditions significantly confounded the effects of the COVID-19 shutdown on ambient air quality in urban Seattle,” said corresponding author Jianbang Xiang, a postdoctoral research fellow in the Department of Environmental & Occupational Health Sciences at the UW School of Public Health. “It suggests the need for fully adjusting for weather conditions in future studies examining the impacts of social and economic interventions on air pollution.”

In response to the COVID-19 outbreak in Washington state, Gov. Jay Inslee issued a stay-at-home order on March 23. As a result of the shutdown measure, road traffic in the state changed drastically, especially in Seattle, where traffic on Interstate 5 (I-5) fell by more than 50% by early April, compared to typical traffic volumes in February.

Researchers collected data on various air pollutants – including ultrafine and fine particulate matter, carbon monoxide and nitrogen dioxide – from a roadside monitoring station near I-5 in Seattle in the five weeks before and 10 weeks after the shutdown was announced (Feb. 17 to May 31). Other pollutant data were obtained from the Washington State Department of Ecology.

This study illustrates how the impact on ultrafine particles could be greatly underestimated while the impact on PM 2.5 and other air pollutants overestimated when the data are compared directly. The novel model developed in this study offers a way to account for major factors that investigators believe will influence results when estimating the effect of COVID-19 responses on traffic-related air pollution.

"Meteorology conditions have large impacts on traffic-related air pollution levels," according to the study, as results showed these levels "were generally negatively associated with wind speed, precipitation, relative humidity and temperature, despite the varying magnitudes for different pollutants." Compared to the period before the issuance of the state-at-home order, temperature and wind speed significantly increased while relative humidity significantly decreased during the city's shutdown. Also, there was significantly more wind from the west in which the pollutant levels were generally higher.

The stay-at-home order also led to a reduction in nitrogen oxides, including nitrogen dioxide, that ranged from 3% to 10%, as well as a 4% drop in carbon monoxide and 6% drop in black carbon. Significant decreases in median levels of particles between 11.5 and 154 nanometers in size dropped as low as 12%.