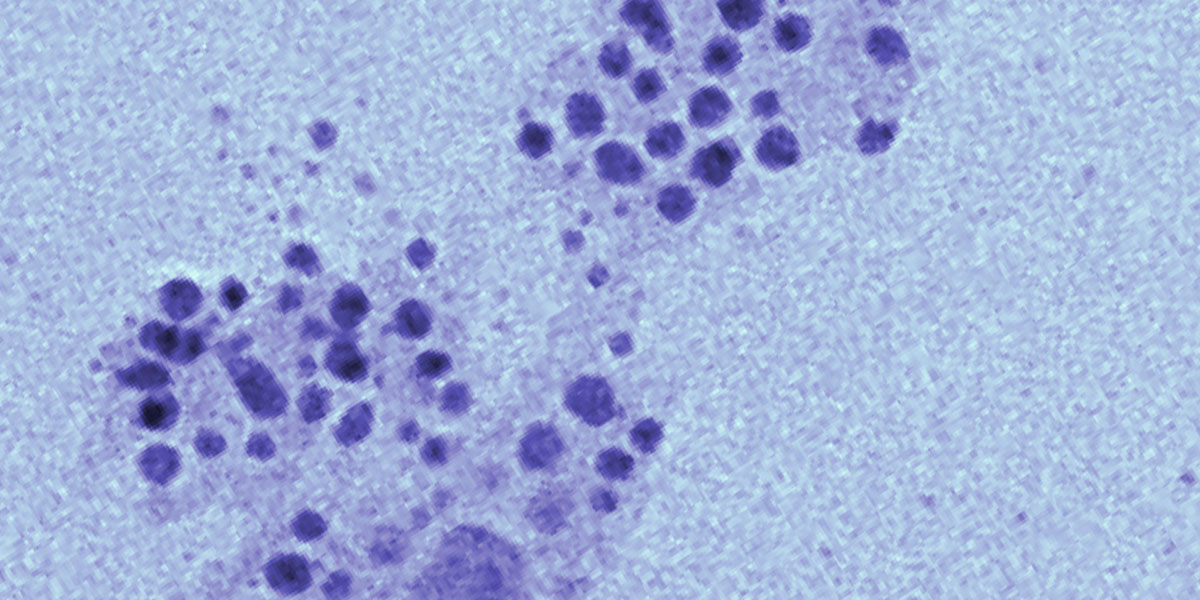 Nanotechnology is a rapidly growing field that uses materials on an atomic and molecular scale to develop innovative products — some that have advanced a range of industries, from agriculture to water treatment to health care.

In particular, silver nanoparticles, known for their antibacterial properties, have increasingly been used to help heal wounds and diagnose diseases at an early stage. They have also been used in nearly 700 consumer products such as humidifiers and cleaning sprays. Despite wide usage and concern that these nanoparticles may be toxic, little is being done to protect people who work with them, according to Tyler Nicholas from the University of Washington.

Together with other researchers from the UW School of Public Health and UW Medicine, Nicholas gathered evidence from hundreds of studies characterizing the effect of silver nanoparticle toxicity in the respiratory system. In a new paper published May 24 in Chemical Research in Toxicology, they suggest that existing recommendations on exposure limits may be missing some key factors.

“Current recommendations do not consider genetic or environmental factors,” said Nicholas, lead author of the study and a recent doctoral graduate in environmental and occupational health sciences from the UW School of Public Health. “These factors may play a key role in defining sensitive populations and, therefore, have implications for regulatory purposes.”

People with asthma or other chronic respiratory diseases may be more sensitive to silver nanoparticles, according to Nicholas. Additionally, an individual’s sex could be a relevant genetic factor, given that men and women have different health responses to oxidative stress and allergic inflammation.

According to the Project on Emerging Nanotechnologies, more than 1,200 companies, universities, government laboratories and other organizations across the United States are involved in nanotechnology. It is unknown exactly how many people work with silver nanoparticles, but “it’s potentially a pretty significant population,” Nicholas said.

“These particles aren’t regulated, which means that manufacturers aren’t required to say whether or not the particles are used in their products. It’s a little bit of a black box.”

To help define exposure limits to protect this population, the research team looked at both in vitro and in vivo studies. In vitro studies are conducted in a lab within the confines of a test tube or dish, while in vivo studies are performed on living organisms such as mice.

“Some in vivo studies compared silver nanoparticle exposures in mice with normal airways to mice with antigen-sensitized airways and found the latter to be far more sensitive to the toxic effects of these particles,” Nicholas said. “Showing that direct inhalation of these particles could cause toxic effects may help to improve regulatory standards.”

The National Institute for Occupational Safety and Health only recently established a draft of recommended exposure limits for silver nanoparticles in occupational settings. “The problem is that regulatory limits are based on in vitro and in vivo studies that used young and healthy animals or cell types that recapitulate the normal phenotype rather than a disease phenotype,” Nicholas explained. “They’ve also used mice with just a single genetic background.”

Researchers advise regulatory agencies to consider important host genetic and acquired factors that might make a difference in sensitivity to silver nanoparticle toxicity when finalizing the recommendations.

Co-authors are Terrance Kavanagh and Elaine Faustman, both professors in the Department of Environmental and Occupational Health Sciences at the UW School of Public Health. The corresponding author is William Altemeier, a professor in the Division of Pulmonary, Critical Care and Sleep Medicine at UW Medicine.