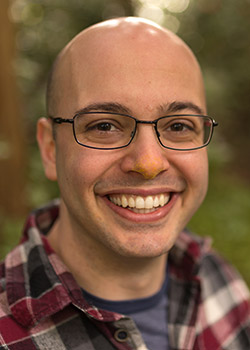 Fintzi, together with his advisors, developed an efficient data augmentation framework that enables exact inference for stochastic epidemic model parameters without resorting to much more computationally-intensive methods.

“In the study of infectious diseases, we are often interested in learning about various aspects of the disease dynamics,” Fintzi says. “For example, how fast will the disease spread? What is the distribution of the final epidemic size? How likely is a large outbreak?”

Stochastic epidemic models are classic tools in epidemiology that are used to model and predict the spread of a disease in a population, Fintzi notes. However, the task of performing inference on the parameters that govern these models is complicated.

“Our framework enables us to analyze datasets that would have previously been impossible to study without resorting to highly computationally-intensive bleeding edge methods,” Fintzi says. “I am very excited about the usefulness of this framework for applied researchers studying infectious diseases in both endemic and epidemic contexts.”

The goal of Keller’s research was to develop a method that can improve the ability to estimate associations in epidemiological studies with small samples. “In these types of studies,” Keller says, “traditional statistical regression methods don’t always work well because the estimate of an association between an exposure and health outcome can be highly variable.” 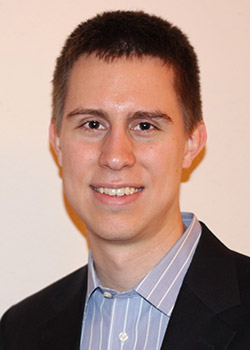 Keller developed a new method for selecting the penalty parameter for shrinkage estimators in linear regression. The penalty parameter controls the trade-off between variability and bias in an estimate. “It does this by ‘shrinking’ estimates closer to zero,” Mr. Keller says. “Existing methods for choosing it don’t usually account for the goal of making inference about the association—they instead target the goal of outcome prediction.”

Keller’s paper, co-authored by Kenneth Rice, associate professor of biostatistics at the School of Public Health, showed how the method works well in different scenarios using simulations. “We applied it to an analysis of smoking status and cardiovascular health in a subgroup of participants from the MESA (Multi-Ethnic Study of Atherosclerosis) cohort,” Keller says. “Using this approach, we estimated that the association between smoking and arterial thickness was stronger than previously estimated.”

The method can be applied to a wide variety of settings in public health, Keller notes. “It can apply to most studies where researchers are investigating a possible association between an exposure and outcome that is measured on a continuous scale,” Keller says. “By improving our ability to estimate associations with small samples, we can reduce the size—and therefore cost and burden—of studies.”

Adam Brand, Arjun Sondhi and Qian Zhang, all PhD students in biostatistics at the School, were also cited for their excellent submissions in the student competition.