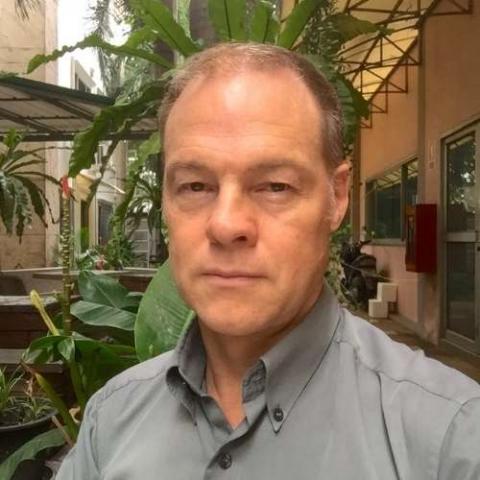 Turning the tide of HIV in Thailand

Donn has dedicated most of his career to HIV prevention and treatment in Southeast Asia. He recently returned to the U.S. after 18 years of living and working in Vietnam and Thailand. While at the Thai Red Cross AIDS Research Center, he led multiple clinical trials to investigate new treatment methods with the goal of inducing a remission or cure of HIV infection, including innovative trials of monoclonal antibodies and therapeutic vaccines. Donn’s research collaborations have also shed light on antiretroviral drug resistance and its effect on the future of HIV prevention and treatment, as well as on the safety and efficacy of pre-exposure prophylaxis (PrEP), a daily pill for HIV prevention. As part of this effort, he set up the first publicly accessible clinic for provision of PrEP in Asia.

Additionally, Donn has conducted many studies among men who have sex with men and transgender women in the region to find ways to reduce the time from HIV infection to diagnosis and from diagnosis to treatment. He has also conducted research to understand their unique needs, including those related to mental health. For many years, Donn provided training on HIV/AIDS clinical care and antiretroviral drug treatment to Vietnamese physicians working in clinics funded through the President’s Emergency Plans for AIDS Relief (PEPFAR).