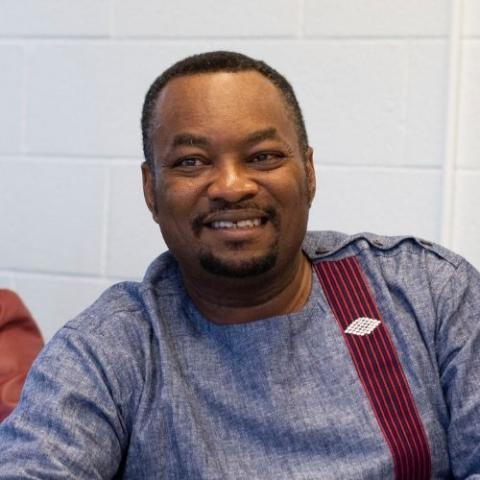 Eteni has led the Democratic Republic of the Congo (DRC), his home country, through the most complex and deadliest Ebola outbreak in the country’s history. As this profile was being written, he was actually on a mission in the DRC's Equateur province, where a fresh outbreak of Ebola was announced in June. Appointed head of the Ministry of Public Health in August 2019, Eteni has had to navigate not only Ebola but also outbreaks of the measles, polio, malaria, cholera and now COVID-19. He has capitalized on the lessons learned from Ebola to guide the DRC through its response to the COVID-19 pandemic, establishing a preparedness committee and collaborating with partners to create the country’s first emergency operations center, a centralized hub from which country teams coordinate their efforts. Early on in his career, Eteni was a doctor for Congo’s national soccer team, served as a general practitioner in Switzerland, and worked with World Vision and the U.S. Agency for International Development. He has also worked for Mercy Corps, Samaritan Purse and Save the Children in the U.S. and across Africa, including in the DRC, Ivory Coast, Niger, Cameroon, Lesotho and Swaziland.

Affiliations: Head, Ministry of Public Health of the DRC