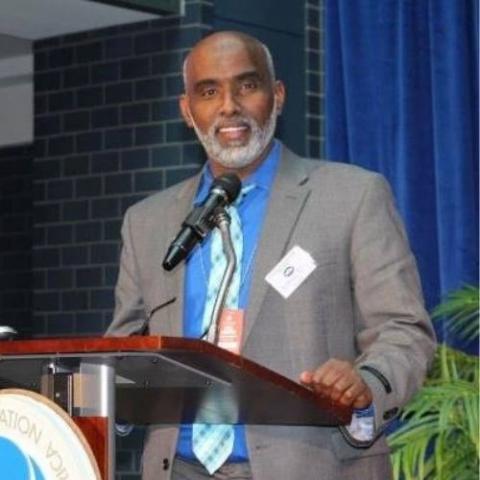 Fighter for the Somali community

Not many people can say they’ve received an award from President Barack Obama, but Mohamed can. When snow and bitter blasts of air threatened to batter the Pacific Northwest in January 2012, Mohamed came up with a plan to warn thousands of Seattle’s East Africans about the dangers of using coal-burning stoves to heat their homes. He helped to save hundreds of people from carbon monoxide poisoning and was heralded as a Champion of Change by the White House.

A survivor of Somalia’s civil war, Mohamed vowed long ago to stand up for Somali refugees and to ensure they had a fighting chance to live the healthiest lives possible. This is at the heart of the Somali Health Board, a nonprofit he founded in 2011 to break down barriers that prevent public health messages from reaching Somali immigrants in King County, Washington. This drive is also evident in his work to help increase awareness of and vaccination for Hepatitis B among local immigrant populations and to protect communities in the greater Seattle area from toxic chemical exposure.