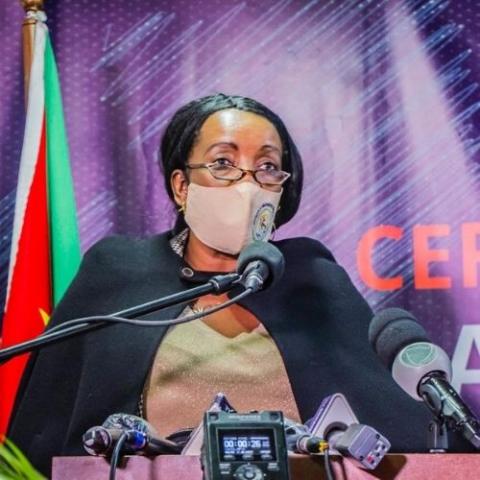 Rosa is a medical doctor and public health leader in Mozambique who was instrumental in addressing one of the most severe HIV epidemics in the world. In the early 2000s, more than 1 million people in the country were infected with the virus, yet fewer than 1% of those who needed antiretroviral treatment were receiving it. At Mozambique’s Ministry of Health, Rosa led successful efforts to make the country one of the first in Africa to provide free universal antiretroviral treatment to people living with HIV. The process meant rapidly improving clinical, laboratory, pharmacy and patient care practices in one of the lowest-income nations in the world. Rosa’s leadership in the ministry also has contributed to advances in maternal and child health and the treatment of malaria, tuberculosis and chronic diseases. She frequently collaborates with UW faculty and students on research and initiatives, such as a 2019 project to build outbreak surveillance expertise after Cyclone Idai devastated central Mozambique. Today Rosa is helping direct her country’s response to COVID-19.