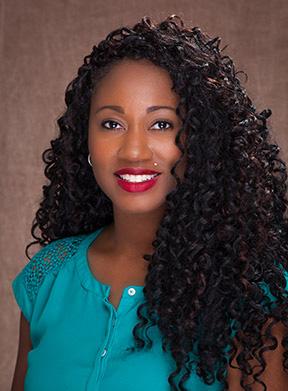 Heather Fowler grew up with dogs, reptiles, hedgehogs and a guinea pig named Mr. Guinea. She worked with exotic birds in Hawaii during college and trained to treat small pets in vet school. After meeting an officer from the Epidemic Intelligence Service of the Centers for Disease Control and Prevention, Fowler, then a veterinary student, started to think seriously about how public health and animal health converge.

“I realized I could help animals and humans by looking at global, public health issues,” said Fowler, who became a doctor of veterinary medicine in 2010 and went on to get a master’s degree in public health from Yale in 2011.

Fowler continued her studies by graduating in 2017 with a PhD from the UW School of Public Health’s Department of Environmental and Occupational Health Sciences. She also served as Associate Director of Animal Health for the department’s Center for One Health Research, led by her mentor, Peter Rabinowitz. During this time, she was the first student employee, helped give rise to the One Health master’s program and began many projects that continue today. 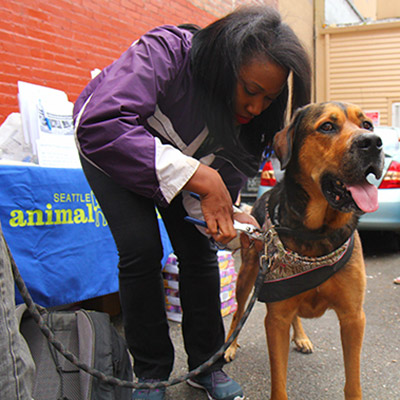 Fowler credited the burgeoning UW program with many of the successes surrounding the integration of animal and human health throughout Washington. She said, “One Health is a research approach that recognizes that the health of people, animals and the environment are inextricably linked and thus must be studied in a holistic manner.”

At the UW, Fowler became a Bullitt Environmental Fellow, assessing modern dairy practices in Washington state over four years and investigating issues affecting human, animal and environmental health. For her dissertation, she also applied the One Health approach to study the occupational health and safety of animal workers. She worked with veterinary clinics in the Seattle area to understand how and why physical injuries occurred on the job.

In her free time at UW, Fowler volunteered at the Doney Memorial Pet Clinic, now the Doney Coe Pet Clinic, which offers free veterinary care to homeless individuals in the community. She also mentored indigenous youth as part of the United Native American Educational Alliance’s Clear Sky Program. “As an underrepresented minority, both as a vet and as a public health researcher, I know how hard it can be when no one else looks like you,” she said. “I wanted to show my mentees and others like them that they don’t have to look like everyone else. They have options for their future.”

Fowler, a New Jersey native, now works as the Director for Producer and Public Health at the National Pork Board in Des Moines, Iowa. She oversees research programming on the health and safety of people involved in pork production, while focusing on public health and zoonotic diseases – diseases that can spread from animals like pigs to humans. 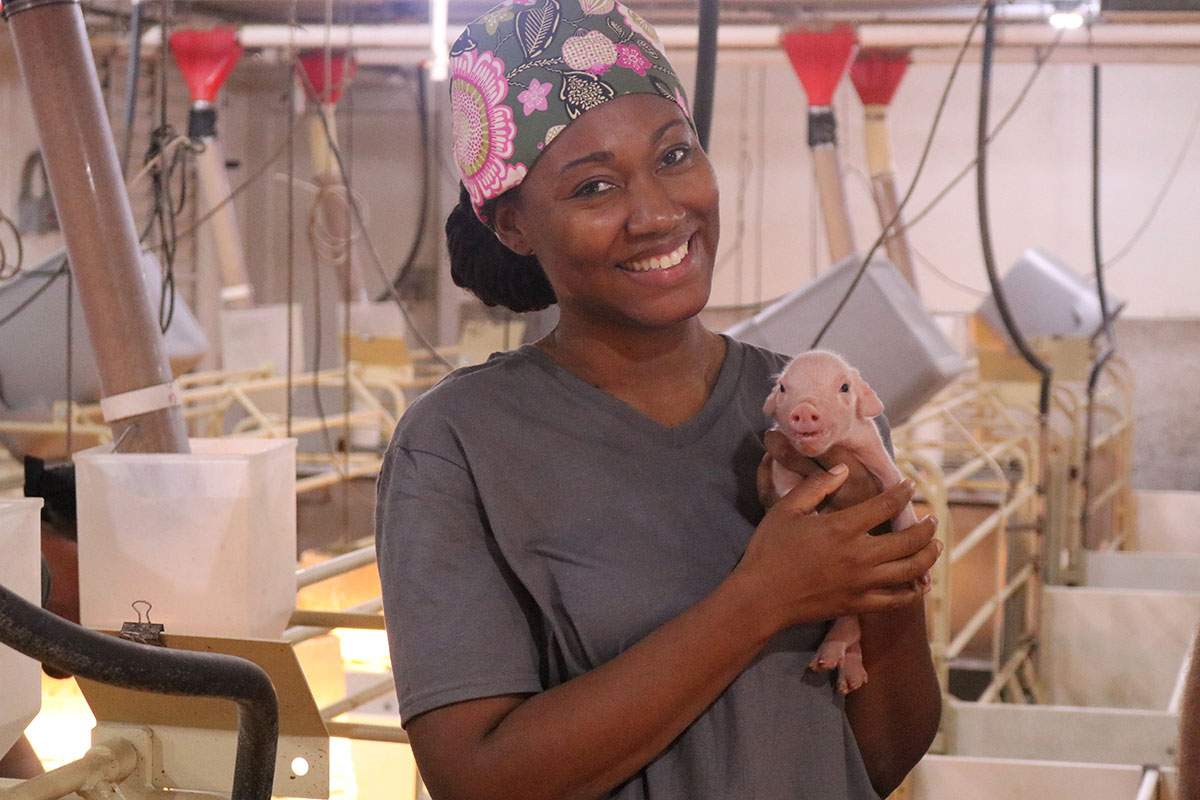 “I love working as a public health veterinarian, especially engaging in education and outreach,” Fowler said. “I enjoy teaching, whether giving presentations to the public or updating farmers on current public health topics. I am perfectly positioned to hear the concerns of the farmers and initiate real change.”

On completing four degrees in 15 years, “There’s not one degree I don’t regularly use,” Fowler said. “I take a One Health approach in everything I do. My veterinary background allows me to understand the importance of protecting animal health and welfare, which is the goal of our farmers. My MPH and PhD allow me to really work with our farmers on safety.” Among her recent talks, she presented on reproductive health hazards in the workplace.

Fowler has some advice for current students. “Cast a wide net. See where the wind takes you. In searching for your dream job, you must accept failure as just another step closer to your ultimate success. Look into areas that you may not have considered before and let your goals be your guide.”