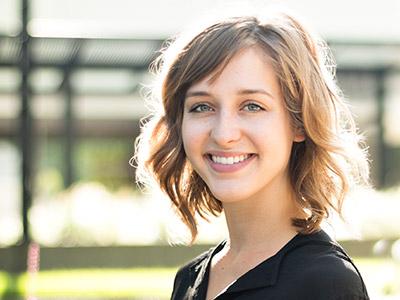 While conducting in-depth health histories with American Indians and Alaska Natives in the Pacific Northwest, Jennifer Bethune (BS, Public Health 2014) learned that elders were still dealing with trauma from the past—especially from their time in Indian boarding schools.

“Hunger, abuse and death were rampant,” says Bethune, a descendent of the Turtle Mountain Band of Chippewa Indians. “I will always remember hearing their stories of hope and resiliency, even through the multiple traumas they had experienced in their lives.”

The activity was part of a pilot study at Partnerships for Native Health, where Bethune works as a research study coordinator. The goal was to identify cerebrovascular disease risk factors affecting urban-dwelling American Indians and Alaska Natives, groups known to have high rates of hypertension, obesity and diabetes.

“I went into this work as a way of honoring my lineage and giving back to the family that raised me with strength and love,” Bethune says. Ethical research and community-driven, culturally appropriate public health programs, she adds, “are essential for the healing of our communities.”

Bethune’s studies as a public health major coupled with the knowledge and skills she honed as a volunteer at the UW’s Indigenous Wellness Research Institute helped prepare her for the myriad challenges she faces on the job. She plans to continue her studies in public health nutrition, noting that “food plays an incredibly important role in determining health.”

“The public health major felt like a ‘choose your own adventure’ kind of thing,” Bethune says. “You gain a lot of knowledge about individual and population health, but it is up to you to get the experiences outside of class to help inform which direction you want to go.”