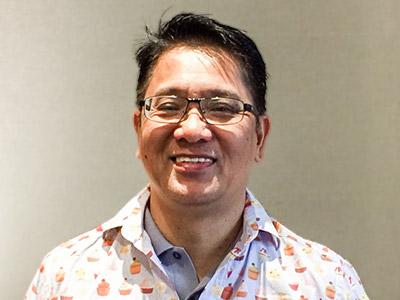 Ramon San Pascual (MPH, Health Services - International Health ’07) has been working to improve public health in his home country, the Philippines, and in other parts of Asia for over 20 years.

“Maternal mortality is a major public health concern in our region,” said Pascual, calling it both “embarrassing and inhumane” that women are not given more protection. “It’s an issue of saving lives.”

Pascual worked directly on health policy for nearly a decade as Executive Director for the Philippines’ Legislators Committee on Population and Development (PLCPD), helping pass the Responsible Parenthood and Reproductive Health law in 2012. The legislation includes provisions for promoting safe-family planning practices, and mandates sexuality education for all 12-year-olds.

“I wanted to commit myself until this vital legislation was passed, and finally it happened,” said Pascual, adding that dialogue and debate with the Catholic Church and other stakeholders were challenging, but that success is possible by “being focused on a goal over the long term.”

Pascual has worked with a variety of international organizations and NGOs, including the Bangkok-based Asian Forum of Parliamentarians on Population and Development. There he focused on a variety of campaigns in Central Asia, Pacific Island nations and other parts of Asia, coordinating with elected officials and other local and regional partners. “For the Pacific Islands, it was dealing with domestic violence; in South Asia, campaigning against child marriage was the ‘hot’ issue,” he says, while in Southeast Asia they still have a “huge maternal health problem.”

Today Pascual is director of Healthcare Without Harm-Asia, a non-profit that works to build healthy, green hospitals by reducing medical waste and managing chemicals more safely. “We’re hoping to take the lead in showing efficient use of energy and adaptation of renewables,” said Pascual on a recent trip to the US to study “green hospitals.”

Pascual said living and studying with students from other countries was an education in itself. He extolled some of the lessons of the MPH program: “One is the issue of the necessity of science and evidence to back up any of our work. Another is the aspect of diversity.”

His advice to students? “Be goal-focused. Be persistent. And be prepared.” And, he added, “Be healthy. I was biking throughout my two years here [at UW]. Keep your sense of sanity,” he said, smiling.