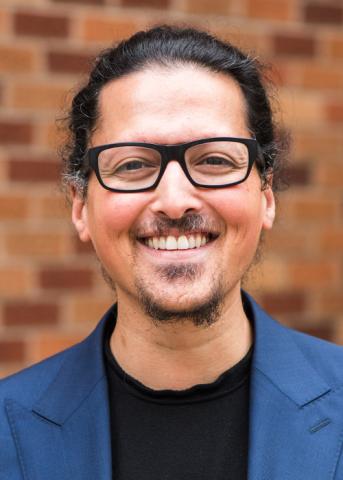 Youssef graduated in 2018 with a degree in Public Health. In 2020, he became a graduate student at Evans School of Public Policy and Governance at the UW.

Why did you join the military?

When I was 18, I didn’t have a lot of direction in my life. I call it my “pursuing pleasure phase.” I saw myself going down the wrong path, and decided I needed to change that.

My home life was stable and my parents are great, but they never encouraged me to go to college. They didn’t have a college education, so they were probably just as confused as I was, or even more so, about the different pathways after high school.

Where are your parents from?

They’re from Fez, Morocco. They met there and my dad moved to Washington state shortly after. He got a job with the Renton School District as a maintenance worker, bought a house, and moved my mom out here. She had three kids right away — my two sisters and I.

How did your parents feel about you joining the military?

My dad thought it was a good idea. He liked working for the city, and he thought that I’d be taken care of in the military. My mom saw it completely opposite. She thought I was putting myself in danger.

I have an affinity to the water and the ocean, as corny as that sounds. 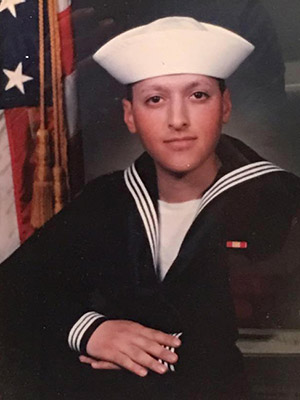 How long did you serve and where?

I served for five years. For my first two years, I was in Boston. The Navy keeps the oldest commissioned warship there, named the USS Constitution. It’s nicknamed “Old Ironsides.” It’s 215 years old and it made its mark during the War of 1812. My job was to give tours of the ship. It was on the Freedom Trail, so we got a lot of visitors.

That’s unique. How did you get a job like this?

There was an opportunity to interview for the position while I was in boot camp. I think there were 30 that interviewed, and they picked six. It was fun. I liked giving tours and meeting new people. I still do.

I was stationed on the USS McClusky in San Diego. While there, I went on two deployments. We were doing counter-narcotics in Central and South America. That was fun and exciting, but also a bit boring at times. When we deployed, we would sail south and patrol the area around Mexico, Central America, the Gulf and the Caribbean.

What was your main job assignment and what was a “typical” day like?

I was a boatswain’s mate. I’d stand watch on the bridge of the ship and make sure all the activities were happening on time. Sometimes I was the ship’s coxswain, so I would drive the small boat whenever we did boardings. I would also help the landing crew to land the helicopter on the deck of the ship.

How did you feel the day you were discharged?

I felt unsure. I think I was more unsure than any other time in my life. I didn’t know what I wanted to do after the military. 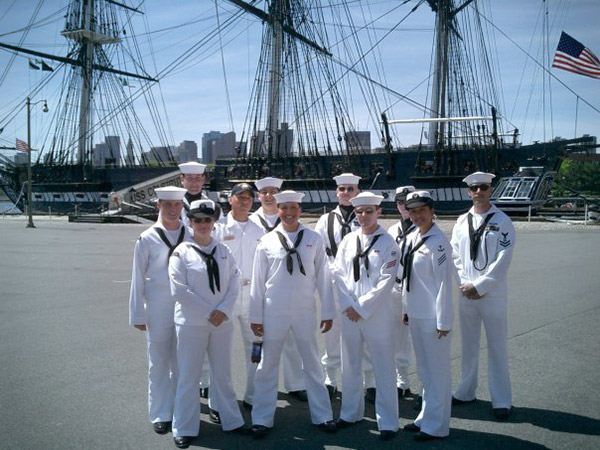 Why did you decide to pursue a bachelor’s degree in public health?

My sister was working at UW Medical Center and she got me an interview for a spot on a lift and transport team. We would use equipment to help lift patients from, say, their wheel chair to an exam table. Eventually, I became a Certified Nursing Assistant (CNA). Working at the hospital, I started to notice some trends. Why did thesepeople have chronic conditions? How did they get this sick?

I was taking classes at Highline Community College at the time, and became more interested in upstream issues. I wanted to see what I could do to prevent diseases, as opposed to focusing on patients who have advanced illnesses. I also wanted to apply to physician assistant (PA) school, but I needed a bachelor’s degree. I thought public health was a good place to start.

Are you working on anything in particular?

I’m working with the Seattle Epidemiologic Research and Information Center, or ERIC, on a cohort study of 10,000 Vietnam veterans to understand issues with back and neck pain. We're using data from one the largest national twin registries in the U.S., which houses information on middle-aged identical and fraternal male twins, both of whom served in the military during the time of the Vietnam War.

I think my work with ERIC is a simple extension of the many different things that make me who I am. Being a veteran is a part of my life and doing this work just seems like how my academic work intersects with that.

How has the UW and the School of Public Health shaped you as a student?

Being at the UW has made me more focused and goal oriented than I’ve ever been in my life.

What are your future goals?

I plan to apply to PA school after I graduate. If I don’t get in this cycle, I’ll likely go to North Africa and spend a year volunteering in Morocco and other nearby countries.

What sort of extracurricular activities do you have?

I’m the undergraduate student development officer for the Student Public Health Association. I’m also a peer health educator with Health and Wellness, I volunteer at Hall Health with the health promotion team and I’m a FIG Leader. I lead a 50-minute class once a week for a group of new public health students who transferred to the UW.

What drives you to serve in all these capacities?

I feel privileged to be here and I’m in a position where I can. I feel like I have a responsibility to the school and to students who maybe are in the position I was before the military. I want to leave SPH better than how I found it.