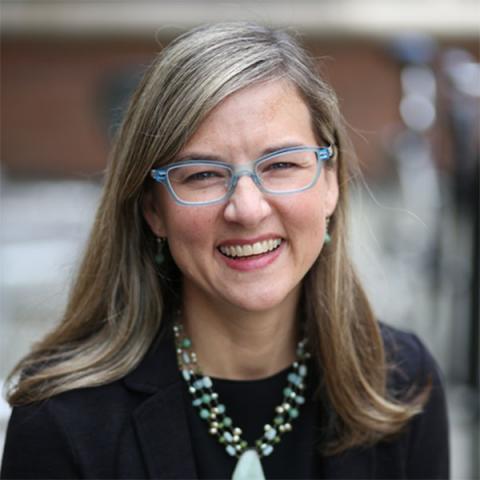 Jennifer Otten is part of a UW team studying the impact of the minimum-wage increase in Seattle. She's also an expert on food systems, and one of her greatest passions is food waste – we throw out roughly 25 percent of the food we buy, she says. Otten teaches the popular "Food Studies: Harvest to Health" class, which has no textbook and no tests, but lots of videos.

How is the minimum wage related to health?

At the end of the day, much of what drives food selection is food availability. The cost of food as a percent of household income has been going down for everybody except for the lowest-earning 20 percent and as a result the gap in diet quality between the wealthiest and poorest Americans has doubled.

Jennifer Otten on the problem of food waste

For people working more than one job, it's also an issue of "time poverty." They don't have time to prepare food or buy healthy food because they're working so many hours and balancing kids.

I was really interested in looking at the health impacts of the minimum wage – food security, healthy diet. Given that Seattle's wage increase was larger than anywhere else, would we be able to detect any changes in food security or in the quality of food people were able to purchase?

Do you expect the cost of food to rise to cover higher wages?

I am not sure, but that is one of the things we have been asked to study by the City of Seattle. We are looking at food prices in the area over time.

Another related issue I'm particularly interested in is the impact of a wage increase on child care. We have heard that child-care centers may have a number of workers earning wages below the new minimum of $15/hour. Child-care facilities already operate on shoestring budgets, so we will be interested in learning how they plan to respond to the ordinance.

Heart disease runs in my family. When I was young, my father got this book, Eat to Win, by Robert Haas. We started eating Kashi cereal and quinoa and amaranth before people knew what they were. We changed our recipes from chicken parmesan to eggplant parmesan. I just became passionate about it from there.

What is a food system?

It's everything from growing and harvesting food to distribution and retail to consumption and eventually how we deal with our waste.

Oh, boy. There are so many. In the 1940s and 50s, the country became focused on creating abundant, low-cost food, and we were incredibly successful at it. We industrialized our food system.

That had repercussions. Now we're raising lots of our food animals in what I call 'city life.' They're on concentrated feeding lot operations where they are fed sub-therapeutic doses of antibiotics in order to prevent disease (due to being raised in close quarters) and promote growth.

One of the big problems with that is antibiotic resistance and the emergence of multi-drug resistant bacteria. As you raise, slaughter and process the animals, the bacteria spreads. If we don't cook the meat properly (and sometimes even if we do), the bacteria can survive.

Another great example is fish. We exploit roughly 80 percent of our fisheries globally. At the same time, the dietary guidelines are recommending we double our fish consumption for health reasons. If everyone were to follow those guidelines, our fisheries would be in a lot of trouble.

Why are you so passionate about the food we never use?

I love the topic of food waste -- it should be called "food too good to waste." We waste about 40 percent of the food we produce. Most of it is edible. People don't realize it, but it's us, the consumer, who's wasting it the most. A lot of that is fresh produce and seafood that goes bad fast. 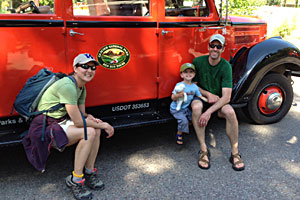 Jennifer Otten with her family at Glacier National Park

Retailers, like grocers and restaurants, often waste food, too. They don't know that they can donate to anti-hunger agencies. Grocery stores have to stock their shelves so that when we go in we have a million choices. Not all of that food gets bought.

Every day, you could fill the entire Rose Bowl stadium with wasted food. We have 44 million people on SNAP (Supplemental Nutrition Assistance Program) right now. If we could reduce food waste by about 15 percent, you could feed about half of those people.

You received a grant from the city of Seattle to study food waste. What will you do?

We're focusing on the commercial sector. We'll be looking at grocery stores, restaurants, institutional kitchens, and we will be talking to anti-hunger agencies. We'll be interviewing those who are involved and who aren't involved in the food waste recovery and prevention systems and ask how the city can help.

I think something new for consumers will be the ugly fruit campaign -- carrots with three little prongs or ugly looking tomatoes. Consumers don't want to see bruised or Frankenstein-looking produce. But it exists, and it's just fine.

Europe has started an ugly fruit campaign. It went over really well on Twitter. You can imagine people finding the ugliest thing and posting it as a joke.

Tell us about the class you are teaching this quarter.

It's Food Studies: Harvest to Health. We don't have a textbook and they don't take standard exams. We watch a lot of videos. This year, we're going to watch 11 films. Their final product is to create YouTube videos.

I have a very strong conviction that they need to see the food system to believe it. I don't like to give exams because the material is constantly changing and we're learning so much so rapidly. I like to teach them how to think more critically about it.

The first exercise is to do a food systems diary analysis. They track their own diet and try to figure out how the food was grown and how far it traveled to get to their plate.

One of my students realized every single meal she ate was inside the car, alone, and it was processed food. In the end, she really wanted to go and share meals and be part of that community again. 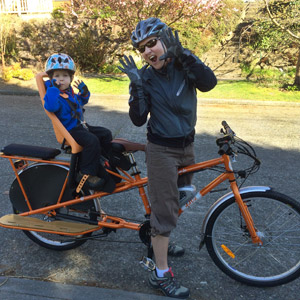 Are you vegan or vegetarian?

I won't say. I won't tell my class, either. They're like, 'Does she? Doesn't she?' I want them to come to their own conclusions. Everyone should learn how their food is grown and produced. And they should look at what they value and how that intersects with this food system.

It's not a very transparent system. Right now we're choosing food based on its price and its abundance … and sometimes the nutrient content.

What's your message on food waste?

If there was one thing I could tell everybody it would be: Decrease your food waste and learn how to store your food properly. We've lost the art of food storage.

Don't store your wilters with your rotters. Your green, leafy vegetables wilt. Apples, grapes, whatever, rot. Store your basil like a plant, not in your refrigerator. Keep your potatoes in a dark, dry storage spot and they'll last a really long time. We could freeze our food when it starts to go bad. We could upcycle it into a smoothie.

I'm either working or with my family. I have a three-year-old, Linden. We just got a big, orange cargo bike. He loves it and nicknamed it Mr. Squash – he loves butternut squash.

My husband, Greg Dean, works for REI. We like to hike and camp and have a Westfalia camper van. We like getting out and exploring on the weekends, especially Canada and Squamish.

I do make dinner every night and we always eat as a family. The Crock-Pot® is my savior.