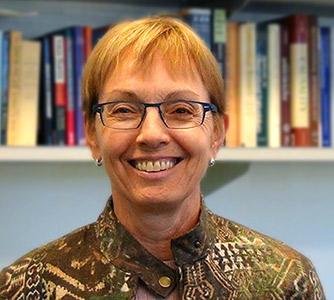 Kristie Ebi was among the first experts in the US on global climate change and health. Today she works with developing countries to lessen the impacts of climate change on their populations. She recently joined the School of Public Health to help it address one of its key emerging challenges, global environmental change and health. Despite the doom and gloom projected by many scientific models, Ebi has a positive message about saving lives and becoming a healthier planet.

What are some of the health impacts of climate change?

Any health outcome that is seasonal or associated with weather patterns can be affected by climate change. In Bhutan, an essentially vertical country that includes part of the Himalayas, malaria and dengue fever are changing their range, reaching higher elevations. Mosquitoes are evidently taking advantage of warming temperatures and longer seasons. Japan just had its first outbreak of dengue fever since the 1940s. Lyme disease is spreading in Canada. Because of the complexity of transmission of these infectious diseases, it’s very hard to say these changes are completely due to climate change. The question is, could it happen without climate change? The probability is a lot lower.

There are increasing numbers of reports of diseases appearing where they haven’t been before. One example is an outbreak in Anchorage of a gastrointestinal disease carried by a pathogen that grows in oysters. The pathogen requires a certain water temperature before it can replicate. That temperature was first reached shortly before the outbreak. Previously, the closest known case was 600 miles south.

Kristie Ebi on the impact of climate change on health

Extreme weather and climate events – heatwaves, floods, storm surges – are increasing in frequency and some in intensity. Warmer air holds warmer water, resulting in a 20 percent increase in heavy precipitation in the US. When it rains, it rains harder. Extreme events not only kill and injure people, but health issues also arise during the recovery phase of a disaster. In addition to injuries and other consequences of flooding, mold can grow in damp buildings, leading to allergies in some people. There’s good research in the UK that extreme weather events, particularly flooding, can result in long-term mental health issues.

How will climate affect our food supplies?

Food security will be one of the themes of this century. Undernutrition causes about half of child mortality. Undernourished children are more susceptible to infectious diseases. Children with an infectious disease don’t absorb calories as well. The climate change already experienced has reduced crop yields in some of the most vulnerable places in the world. The projections are that food security will be increasingly threatened by changing weather patterns, getting worse over coming decades.

These are no longer just scenarios projected by the models?

It’s been a big adjustment for those working on climate change for some time because the changes being experienced now were projected not that long ago to start occurring mid-century. 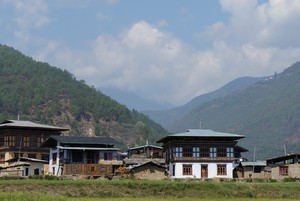 Any potential connection between the current Ebola outbreak and climate change would be indirect, with the connection more likely with the emergence of Ebola than with ongoing transmission.  Ebola outbreaks are the result of human interactions with the blood or other body fluids of an infected animal, such as a monkey, or direct contact with a fruit bat or an item contaminated with the feces or urine of a bat.  Food insecurity in parts of Africa may be encouraging such contact as individuals seek less traditional food sources.  Climate change is already decreasing yields of some cereal grains in Africa, which means poor communities need to find other food sources to feed their families.

How else can climate change affect health?

Air pollution/air quality is an important issue. Ozone, a lung irritant, forms on clear, cloudless days. The rate at which it forms is temperature dependent. This means there is more ozone on sunny days when it’s warmer. This can affect people with any of a range of respiratory disorders. Spring’s coming sooner, with the summer season lasting longer. This has implications for people with asthma and allergies. Plants are flowering up to a month earlier than they used to, especially in northern regions. Studies are showing there’s more pollen being produced with warmer temperatures and, in some cases, it’s more allergenic. Similarly, poison ivy is becoming stronger.

One of your messages is that we all have a role to play. What can we do?

There is a wide range of activities and behaviors individuals can undertake. For instance, there is low awareness of the health risks of hot temperatures. All deaths in heatwaves are preventable. As people get older, they lose the ability to tell when they’re suffering from heat stress.  Heat puts stress on the heart and respiratory system. When it is hot, individuals can check on senior citizens to make sure they’re OK.

During extreme weather events, people make choices that are not always good.  In flooding events, people still drive into culverts and drown even when they can’t see the bottom of the road. It is important to ensure that everyone is well informed, to make appropriate choices.

"IF WE DON'T REDUCE EMISSIONS, OUR CHILDREN AND GRANDCHILDREN WILL HAVE A VERY, VERY DIFFERENT FUTURE"

Another important activity is to individually and collectively reduce greenhouse gas emissions. At the individual level, basic energy efficiency will save you money, such as turning the lights off if you don’t need them, and putting your computer to sleep. Most appliances use 20 percent of their total energy in standby mode. When doing errands, group as many together as possible. Replace car trips by riding a bicycle or walking. Doing so also has health benefits and makes you feel better. If we don’t reduce greenhouse gas emissions, our children and grandchildren will have a very, very different future. This is about equity across generations.

The university is committed to broadening its research on climate change. The UW has a wonderful and strong spirit of collaboration. I’ve mostly been an independent consultant for about 10 years. Now I can address issues in a larger way than I could before. A large fraction of my work focuses on increasing health resilience in low- and middle-income countries. I typically work with ministries of health and World Health Organization regional and country offices, helping them identify modifications to current policies and programs - while developing new ones - to decrease health burdens affected by changing weather patterns. For example, the least developed countries in the Pacific are facing health risks from outbreaks of infectious diseases that may be changing with weather patterns, the health consequences of sea level rise, and other challenges. The needs are very, very large. I look forward to working with students on these issues.

At a recent World Health Organization international meeting on climate change and health, I was asked to talk about the importance of working across sectors. For example, some countries facing drought installed small-scale irrigation programs to increase crop yields. While that increased food security, it also provided opportunities for the breeding of disease-carrying mosquitoes. Solutions could have included distributing insecticide-treated bed nets or spraying inside of houses.

I knit in meetings. The joke with all my friends when I moved here was that I would finally be able to wear all those sweaters I’ve been making. I also like to go hiking.