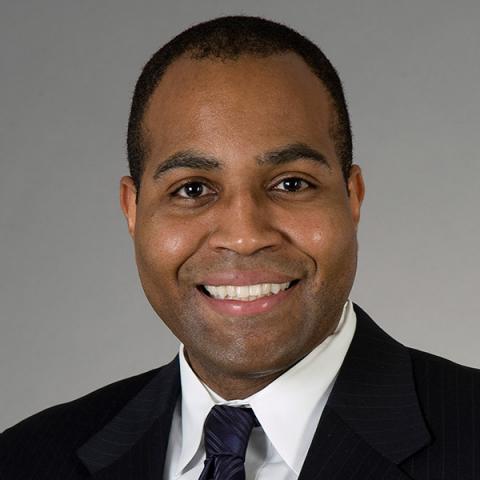 Timothy Thornton loved math, but knew statistics might have more practical benefits. Now he's helping unlock genetic health risks for Hispanics as part of a new center within our Department of Biostatistics.

What attracted you to statistics?

I always enjoyed math and loved the challenge of it as an undergrad, but I didn't really see a lot of real-world, practical applications. When I took a course in statistics, it was the first time I thought, 'You know what, this could really make a difference.' I have been struck by health disparities in different minority groups. A lot of my work recently has been focused on identifying some of the unique genetic risk factors in these populations. I just love genetics and I can't think of a greater use of statistics than to improve health.

Tell us about your latest project on Hispanics.

I'm one of the investigators for the new Genetic Analysis Center in the Department of Biostatistics. We're identifying genetic risk factors as part of the national Hispanic Community Health Study/Study of Latinos, which has been going on for a number of years.

Why focus on Hispanics?

To date, there have been over 1,500 large-scale genomic studies. The vast majority have been in populations of European descent. But very few of these studies have been focused on underrepresented minority populations, including African-Americans and Hispanics, despite these populations bearing a disproportionate burden of diseases.

These populations are not like typical European populations, where everyone is relatively homogeneous. Hispanics are way more diverse. They are a group that's called admixed. That means they have ancestry from different continents that were previously isolated. Due to historical events – slave trade, colonization – these groups were brought together within the last few hundred years. Their genome consists of a mosaic of ancestry – African, European, Native American. The ancestries of Puerto Ricans can be quite different from the Mexicans who can be quite different from the Cubans.

And that plays out in certain health outcomes?

Puerto Ricans, for example, have the highest rate of morbidity and mortality for asthma, while Mexicans have the lowest. There are some complex factors going on here with health. A lot has to do with culture, which includes diet and things of that nature. Even within the groups, there can be different ancestries. If you don't account for these differences of heterogeneity, then you could pick up signals that aren't really due to genetics. That's why statistical methods are very important to quantitatively discern the signal from the noise. 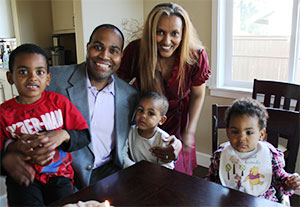 Timothy and Almaz Thornton with Matthew, 5, Jacob, 3, and Gabrielle, 1.

What diseases are you studying?

There are a broad range of health outcomes we're looking at, from diabetes and cancer to sleep apnea and adult hearing loss.

How much information have you collected so far?

We have a variety of clinical measurements and outcomes as well as other information ranging from what people are eating from food questionnaires to nationality of origin of grandparents. We're looking at six different Latino background groups who have been sampled based upon their neighborhood. People from Cuba were sampled in Miami, Dominicans in New York, etc. We also have data on genetic markers for more than 13,000 individuals and more than 25 million genetic variants.

What does that mean to the lay person?

The human genome has 3 billion base pairs. If we line up all of our genomes, we are going to be more than 99.9 percent identical. We're interested in differences among individuals. Those are what we call genetic variants. That 0.01 percent may seem small, but out of 3 billion, that's a lot. Those differences in our genome play a major role in our health and health outcomes.

How do you crunch the numbers? 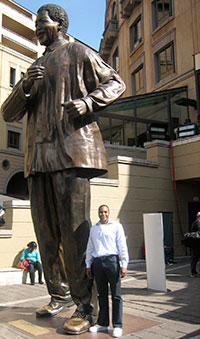 Thornton next to the Nelson Mandela statue in Johannesburg while attending the 2010 World Cup.

It's an exciting time in the field. It's just wide open. The methods haven't caught up to the abundance of data. How do you analyze 25 million positions of the genome and then try to identify a few signals? Statisticians have to put on the hat of computer scientist. You need to be able to analyze large-scale data sets fast. We can't wait six weeks for results.

What do you think the impact of this research will be?

We can identify risk variants that may increase your chance or likelihood of getting a disease. We like to say it's probabilistic, but not deterministic. A lot of other factors influence those outcomes. Do you exercise often? How well do you eat? Those are some of the factors that may override or heavily influence high-risk genetic predisposition.

The biggest issue we have is understanding how all these variants play together in a complex environment. We're talking about diet, exercise, stress. How do you quantify stress? Do you live near an interstate? Smoking, drinking – those are the type of things that play a role in many health outcomes.

What else are you working on?

I'm a member of the Women's Health Initiative-SHARE focusing on genetic risk factors for a variety of clinical outcomes in African-Americans and Hispanics. I'm also a member of the Pharmacogenomics Research Network. We're looking at the role of the interaction of genes and medicine and how some people respond. A lot of drugs have been developed based on European genetic profiles. But the same dosages could have catastrophic effects on underrepresented populations. One drug, warfarin (a blood thinner), has been studied heavily. The recommended doses can greatly harm some Alaska Natives who require lower warfarin maintenance doses. There's a lot of interesting genetic research going on at the UW right now.

The strong statistical genetics group. In my opinion, it's the best in the world. We have Professor Bruce Weir (Chair of Biostatistics), Professor Elizabeth Thompson (Chair of Statistics), and an amazing group.

Where are you from originally?

Virginia. I went to school at Hampton University, then the University of Chicago, and then I did a post-doc at Berkeley. I've been steadily heading toward the Northwest.

What do you do in your free time?

I have three kids, ages 5, 3 and 1. All my time is spent with the little ones. It's a full-time job. I love soccer, and I went to the last World Cup in South Africa with some friends from graduate school. I'd love to go to the next one.