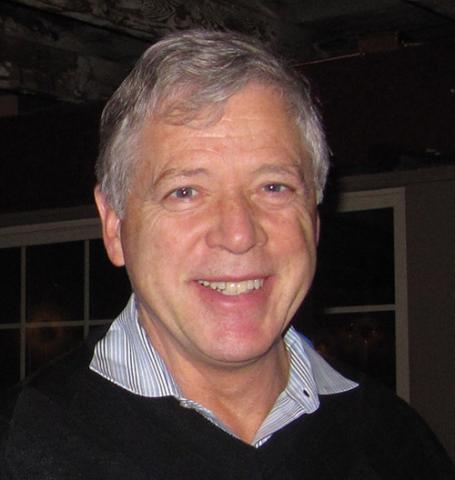 What motivated you to pursue Alzheimer's research?

My dad always told me that I should get education and rely on brains over brawn for a career. He was a logger and worked felling trees in the mountains near Granite Falls. You will never meet a stronger man nor a more considerate one. I came to the UW, but after two years, with the Vietnam war raging and the draft pending, I joined the Navy in early 1966. I did not get sent to Vietnam but worked on aviation electronics, was a helicopter crewman, and directed aircraft on the flight deck of a carrier. In late 1969 I received word aboard ship that my dad had suffered a grave brain disorder caused by a blood clot. I was flown home. My dad did not recognize anyone, could not speak coherently, and had lost essentially all cognitive function. My family was devastated. He remained in an institution and died on Christmas Eve a year later. As he would have wished, I continued my education at UW and earned my bachelor's degree in 1971.

My dissertation at UW, which I worked on in the early 1980s, focused on the co-occurrence of medical illnesses and depression in elderly patients. While studying that, I became more acutely aware of Alzheimer's disease and dementia as a potentially preventable condition, not just an inevitable consequence of aging. At that time very little was known about Alzheimer's disease. I began working with other UW researchers who were attempting to obtain NIH funding for an Alzheimer's Disease Research Center at UW. I found the field important to public health and fascinating scientifically. Relatively few epidemiologists were involved in the field at the time, so I thought I might be able to make a contribution to move the science forward and hopefully find some "causes" of this terrible disease.

Walter Kukull talks about his work

Dr. Alois Alzheimer characterized the pathology of what we now call Alzheimer's disease in 1906 based on a 51-year-old woman patient he had treated clinically beginning in 1901. She had memory loss, paranoia, and could not care for herself. Upon her death in April 1906, Dr. Alzheimer conducted a brain autopsy and noted what have become the characteristic features of Alzheimer's disease: amyloid protein plaques and neurofibrillary tangles in addition to extensive cell death and atrophy. However, because the disease was characterized on the basis of a relatively young patient, it was assumed to be different from the disease experienced by people in their 70s and older. It was not until 35 years ago that researchers realized they were essentially the same disease. As a result, research accelerated dramatically during the late 1980s and '90s, and it continues today.

What does the National Alzheimer's Coordinating Center (NACC) do?

We were established by competitive grant from the National Institute on Aging (NIA) to collect and make available to researchers standardized, detailed clinical data from the approximately 30 NIA-funded Alzheimer Disease Centers across the United States. We work closely with the leadership of the Centers and the NIA to ensure that scientifically relevant and valid data are obtained and available from our database to any researcher anywhere. We now have detailed clinical data on about 30,000 subjects, gathered at up to eight return visits since 2005, so disease progression can be observed. We also have neuropathological data on about 3000 of those who have died and had autopsies. Our analysts work with researchers to discuss what variables best fit their questions, and can get them a data file in a day. It's a pretty powerful tool.

Is an autopsy the only way to tell if someone has Alzheimer's?

Microscopic examination of the brain remains the final word. Many people with Alzheimer's disease also have vascular pathology or Lewy body pathology (the protein grouping characteristic of Parkinson's disease). However, in order to identify the disease reliably before death, there have recently been great developments in observing the grouping of amyloid plaques or neurofibrillary tangles through PET imaging and also through tests done on cerebrospinal fluid. These "biomarkers" begin changing up to 20 years prior to any clinical symptoms (e.g., memory loss). The expanded use of biomarkers could lead to revolutionary advances in the prevention of dementia, much as the treatment of hypertension or cholesterol has reduced cardiovascular disease. 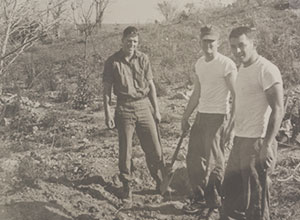 Kukull, left, on a Navy assignment in Guantanamo, 1967

What do we know about risk factors?

Not very much is really reliable. A "risk factor" (or conversely a protective factor) is something that influences the onset of disease. To discover risk factors, we need to know they were active before the disease started. For example, a long history of smoking is usually reported before development of lung cancer. With Alzheimer's, the brain disease may start many years earlier, making the determination of potential risk factors much more difficult. Biomarkers have only begun to help with that, since they are relatively new.

Genetics/genomics has made huge strides since the late 1980s and continues to advance our knowledge. We know that there are specific gene mutations that actually "cause" the disease directly. But such cases account for perhaps one percent of Alzheimer's disease, primarily when it develops into dementia between age 30 and 50 and is heavily concentrated within families.

How would you characterize the scope of Alzheimer's, which affects about 5 million Americans?

The burden of Alzheimer's disease affects not only the people with the disease, but also their families. It's a terrible disease and it's becoming bigger all the time because the population is aging. The probability of developing dementia due to Alzheimer's disease approximately doubles every five years after age 65. It is really an important public health problem, but it is frequently overlooked in public health and epidemiology journals, and few faculty at the School of Public Health are involved in its study. The most current research is usually carried in neurology journals. For a disease this important – the third- to fifth-leading cause of death – it would be nice to get more faculty at the School involved.

Are there any measures that might delay the onset of Alzheimer's?

There's a lot of work going on to try and figure out what those might be. About the best thing you could do to avoid or at least delay the onset of dementia symptoms (even if the pathology may have started silently) is to treat those things that might lead to cerebrovascular disease. Treating hypertension and high cholesterol are important precautions as well as not smoking, getting plenty of exercise, eating plenty of vegetables and all the things you hear about a heart-healthy diet. Because of the interaction between vascular factors and neurodegenerative diseases such as Alzheimer's, that at least gives you a little bit to work with, and could potentially delay dementia symptoms. 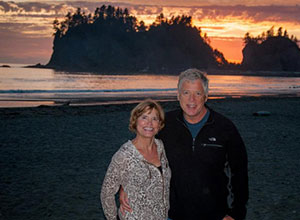 With wife, Diane, at La Push on the Washington coast

You studied psychology as an undergraduate and graduate student. How did you make the switch to epidemiology?

After graduating from UW in 1971, I did a Master's in psychology at Western Washington University, but focused mostly on statistics. I was thinking about a PhD program in California, but wasn't sure how I'd afford it. So here I was in the summer of 1974 looking around for research work at UW. Somebody said, it sounds like you're interested in epidemiology. I had no idea what epidemiology was at the time, but at their suggestion I went to talk with Russ Alexander and John Fox in the Epi department. Luckily for me, the department was just starting to broaden its base of students by admitting non-MDs. I really learned how to do research only after I came to epidemiology. But the program took me forever, with fits and starts and trying to find something I could do a dissertation on, and occasionally taking time off to work fulltime because my three kids were also born during the same period and they had to eat. I had my final exam on December 7, 1982…a day that will live in infamy, as some might say.

I play a little blues and classical guitar (generally unfit for human consumption)—and if in the right mood I can do quite well with air-guitar, too. My children are grown. My son Ben is in medical school at Charles University in Prague. Another son, Travis, finished his degree in English at UW and owns the Gastropod restaurant in SODO. My daughter Megan got her BFA degree in Art from UW and is a graphic artist for Windermere, as well as a freelance photographer and artist. I travel quite a lot for work since I coordinate with 30 Centers. It's nice to be friends with all those very smart people. I am always learning new things. You can get more things done with collaboration than with isolation—and it's a lot more fun.